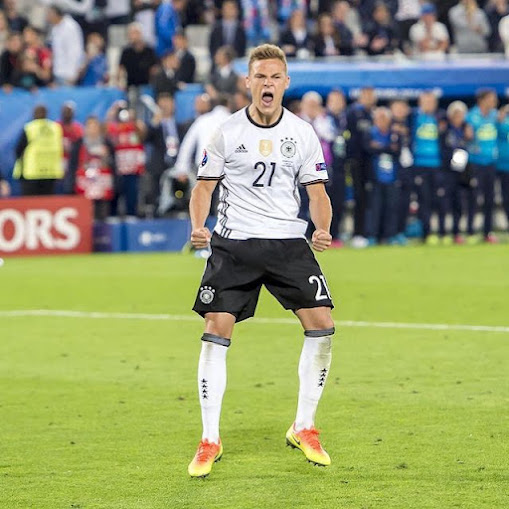 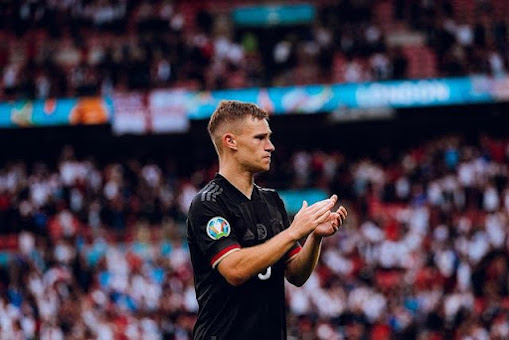 Joshua Walter Kimmich is a German professional footballer who plays for Bundesliga club Bayern Munich and the Germany national team as a defensive midfielder or right-back. He is well-known for his versatility, as well as his passing, shooting, tackling, and aggressiveness.

He is frequently likened to former Bayern Munich captain Philipp Lahm and is widely seen as his successor.

Kimmich joined Bayern Munich in 2015 from RB Leipzig on a deal that runs through 2020. After completing the continental triple with Bayern Munich in the 2019–20 season, Kimmich was named to the UEFA Team of the Year, the FIFA FIFPro Men's World11, and was named the UEFA Champions League Defender of the Season.

Kimmich and his partner Lina Meyer have two children: a son born in 2019 and a daughter due in October 2020. With his Bayern Munich colleague Leon Goretzka, he established the internet campaign 'We Kick Corona' to aid humanitarian, social, and medical organisations during the COVID-19 pandemic.

Kimmich agreed to join Bayern Munich on a five-year deal until 30 June 2020 for a reported price of €7 million, the majority of which went to VfB Stuttgart. On August 9, he made his debut for the club, starting in the first round of the DFB-Pokal against FC Nöttingen. Pep Guardiola granted him his Bundesliga debut the following month, on September 12, when he came on as a late replacement against FC Augsburg at home.

Kimmich made his UEFA Champions League debut four days later in Bayern's campaign opener away at Olympiakos, and he started in the Bundesliga for the first time three days later, playing 90 minutes against SV Darmstadt 98 in a 3–0 triumph.

Kimmich began the 2016–17 season as a substitute in a 2–0 win against Borussia Dortmund in the 2016 DFL-Supercup. He scored his first goal for FC Bayern on September 9th, in a 2–0 Bundesliga away win over FC Schalke 04. He scored his first two Champions League goals four days later in a 5–0 home triumph over FC Rostov. In a 1–0 away win over Hamburger SV, Kimmich scored the game-winning goal in the 88th minute.

He had nine goals and forty appearances in the 2016–17 season.

Kimmich won the 2017 DFL-Supercup with Bayern Munich, defeating archrival Borussia Dortmund on penalties 5–4 after extra time finished 2–2. On September 16, he contributed three assists to the goals of Thomas Müller, Arjen Robben, and Robert Lewandowski as Bayern Munich defeated 1. FSV Mainz 05 4–0. Kimmich signed a three-year contract extension on March 9, 2018, that would continue through June 30, 2023.

He scored in both the first and second legs of the Champions League semi-final against Real Madrid, but his team was eliminated from the game on a 4–3 aggregate score. Kimmich had six goals and seventeen assists in 47 games during the 2017–18 season.

Kimmich played every minute of the Bundesliga's 34 games. Kimmich scored two goals and had 13 assists in those 34 games, finishing second in the league. Kimmich scored one goal and assisted another in an 8–2 triumph against Barcelona in the 2019–20 UEFA Champions League quarter-final on 14 August 2020.

Kimmich began the 2020–21 season with the number 6 shirt after Thiago Alcântara, who had worn it for the previous seven years, left for Liverpool. He scored the game-winning goal in a 3–2 triumph over Borussia Dortmund in the 2020 DFL-Supercup on September 30, 2020. Kimmich scored the game-winning goal in a 2–1 away win over Lokomotiv Moscow in the 2020–21 UEFA Champions League on October 27. 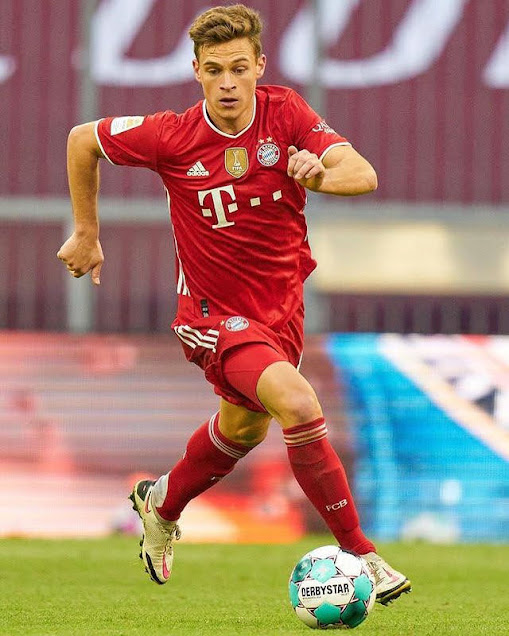 Kimmich was included to Germany's preliminary 27-man roster for UEFA Euro 2016 on May 17, 2016. On May 31, 2016, he was picked to the final 23-man team and handed the number 21 shirt. Kimmich was picked to start for Germany in their final Group C encounter against Northern Ireland on 21 June 2016, replacing Benedikt Höwedes at right back.

Kimmich was selected to UEFA's Team of the Tournament despite being Germany's first-choice right-back as they advanced to the semi-finals.

Kimmich was named to Joachim Löw's Germany team for the 2017 FIFA Confederations Cup on May 17, 2017. He started all five of Germany's games in the tournament, recording two assists as the team won its first Confederations Cup championship.

Kimmich produced a spectacular overhead kick in the 88th minute of a friendly against Denmark on June 6, 2017, helping Germany to a late equaliser against Denmark, as the match ended 1–1.

Kimmich began Germany's UEFA Nations League opener against France on September 6, 2018, playing as a defensive midfielder for the first time in 18 months. 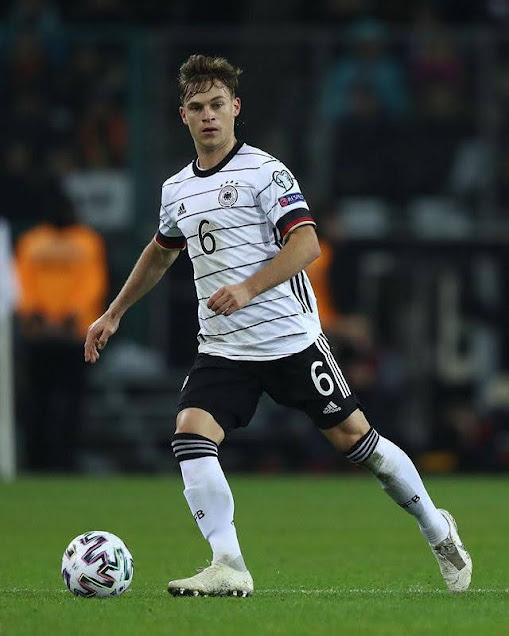 Horst Hrubesch lauded Kimmich's flexibility, stating, 'Joshua has great quality and is adaptable in both offensive and defensive duties,' as well as labelling him as 'an clever player with strong technical abilities and mobility' and a 'winner.'

A 2017 article on the Bundesliga's official website described Kimmich as a 'veritable Swiss Army knife of a player,' noting Guardiola's transformation of a player he previously referred to as 'one of the finest defensive midfielders in the world' into a right-back.

Due to his ability to influence play in midfield, he has also been deployed as a makeshift center-back, central midfielder, and even as a deep-lying playmaker on occasion. Guardiola praised Kimmich as a potential player in 2015, noting that he '...provides everything a player requires. He is a highly clever player who is constantly aggressive toward the ball, powerful in the air, has an eye for free space, has excellent vision, and knows when to charge forward and when to sit back.'

Kimmich, who is comfortable in possession, is also recognised for his precise passing and crossing, as well as his ability to hit the ball. Kimmich has stated that Bastian Schweinsteiger, Xabi Alonso, and Xavi are among of his influences.