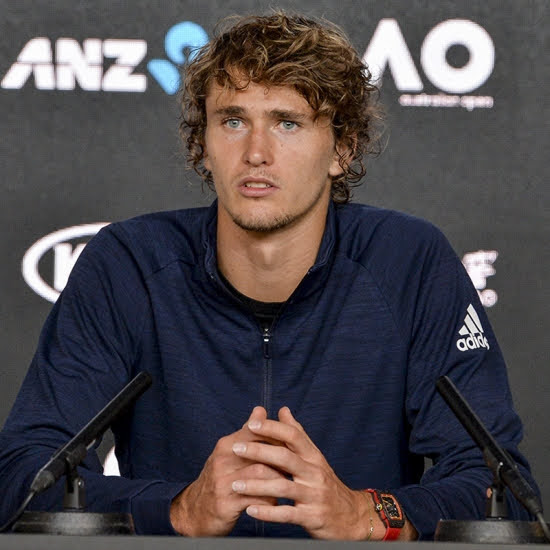 Alexander Sascha Zverev, born 20 April 1997, is a professional tennis player from Germany.The Association of Tennis Professionals has had him ranked as high as third in the world (ATP),Since July 2017, he has been a constant in the top ten.

At the 2020 US Open, he reached his first Grand Slam final, falling to Dominic Thiem.Outside of the Big Four, he is one of only two prominent players with three ATP Masters 1000 titles. Zverev has 14 ATP singles titles and two doubles titles.Zverev is a former world No. 1 junior who captured a junior Grand Slam singles title at the Australian Open in 2014.Zverev claimed two ATP titles as a teenager and beat then-world No. 3 Roger Federer on grass.Members of the Big Three have lauded Zverev as one of their future replacements. Rafael Nadal has described him as a simple potential future No. 1. whereas Djokovic said, Hopefully, he will exceed me.

Sascha started playing tennis at a young age. One day, when I was about a year and five months old, I just picked up a little racket and started pushing the ball all over our flat, and since then they've had me out on the court, he said. I really love it, and I did back then.Sascha's mother was his primary coach while he was younger, while his father concentrated on coaching his brother. I guess I have pretty good technique, he says, which my mother taught me at a young age, so thanks to her. My backhand, in fact, is entirely due to my mother.”

Olga Sharypova, Zverev's ex-girlfriend, accused him of sexually and verbally assaulting her over the course of their relationship in October 2020. Zverev dismissed the claims and released a statement after Sharypova's initial charges, in which he said, I deeply regret that she makes those comments. Since the allegations are clearly false.Zverev has a daughter named Mayla with another ex-girlfriend, Brenda Patea. On March 11, 2021, she was conceived. 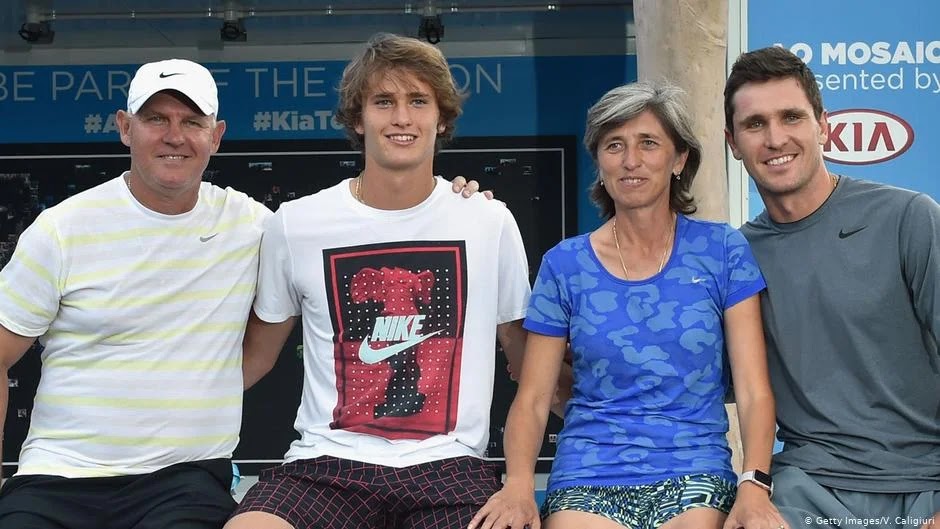 Zverev competed in qualifying at three separate tournaments as a 14-year-old, including the 2011 Moselle Open on the ATP Circuit, but lost both of his matches.In July, he made his ATP Tour main draw debut, losing to Roberto Bautista Agut at his home event, the International German Open.In addition, he made his ATP Challenger Tour debut in August, losing to Máximo González at the Meerbusch Challenger.

Zverev made his professional debut in July, winning the Braunschweig Challenger for his first professional title despite having just one career Challenger-level match victory and no top 100 victories.Since winning the Challenger, Zverev rose from No. 665 to No. 285 in the world, and his ATP 500 Series semifinal run propelled him to No. 161 in the world. He was ranked No. 136 at the end of the season.During the clay-court season, Zverev teamed up with his brother Mischa to reach his first career ATP doubles final at the Bavarian International Tennis Championships on May 4, 2015. Top-seeded Alexander Peya and Bruno Soares defeated the Zverev brothers in the final.

Zverev followed up this success by beating Teymuraz Gabashvili in a close match that lasted until 9–7 in the fifth and final set.Zverev's brief slip in the rankings in July meant he needed to qualify for the 2015 US Open. He was successful, but he was defeated in five sets by compatriot Philipp Kohlschreiber in the first round.He was dubbed the ATP Newcomer of the Year in November 2015, as the youngest player in the top 100.Zverev had a tough draw against world No. 2 Andy Murray in the 2016 Australian Open and was only able to win six games in his opening match.

Back in Europe in 2016, Zverev was able to rebound, reaching his first ATP singles final at the Open de Nice Côte d'Azur, finishing runner-up to No. 15 Dominic Thiem, the top seed and defending champion.Zverev's next breakthrough came during the grass court season, when he stunned world No. 3 Roger Federer in the semifinals, breaking Federer's run of ten straight final appearances at the tournament.He was also the first adolescent to beat Federer since Murray did almost a decade before.

After the US Open, Zverev returned to Europe and captured his first career ATP title at the St. Petersburg Open, beating No. 3 Stan Wawrinka in the final.He then beat No. 10 Thiem in the first round of the 2016 China Open for the first time in four attempts this year.Zverev finished 2016 as the No. 20 player in the ATP rankings, the youngest player to do so since Novak Djokovic in 2006.

In 2017, he won both the singles and doubles events during his next ATP tournament, the Open Sud de France.In the final, he beat Novak Djokovic by becoming the youngest Masters champion since Djokovic in 2007, and also the first such champion born in the 1990s. He also reached the top ten for the first time with the title.He captured the Washington Open and a second consecutive Masters title at the 2017 Canadian Open, losing just one set in each tournament's first round.

He then beat Roger Federer in the final of the Montreal Masters, becoming the first non-Big Four player to win multiple Masters titles in the same season since David Nalbandian in 2007.Zverev ended the year as the world's No. 4 ATP player.

Zverev continued his Masters performance into the clay-court season in 2018, reaching the Monte Carlo Masters semifinals, claiming his third career Masters title at the Madrid Open, and reaching the final at the Rome Masters.He is the first successful player outside of the Big Four to win three Masters titles after defeating Dominic Thiem in the final in Madrid.At Wimbledon and the US Open, he failed in the third round, and his best finish at the four remaining Masters tournaments was a semifinal at the Shanghai Masters. 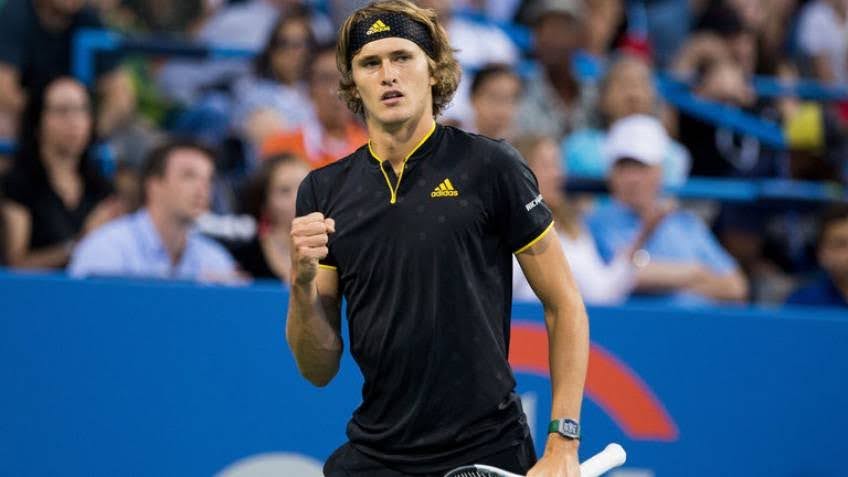 Zverev competed in the Mexican Open in 2019 and emerged runner-up after losing to Nick Kyrgios.Following this tournament, he didn't win more than one match in any of his next six tournaments, a run that ended with two match wins at the Madrid Open.Following his two quarter-final appearances at the French Open, he missed the quarter-final match against the world No. 1 Djokovic, Novak.

Zverev has lost his world top 5 ranking, which he had held for two years, as a result of his consecutive defeats.Zverev ended the season at No. 7 in the world after losing in the ATP finals to Dominic Thiem. 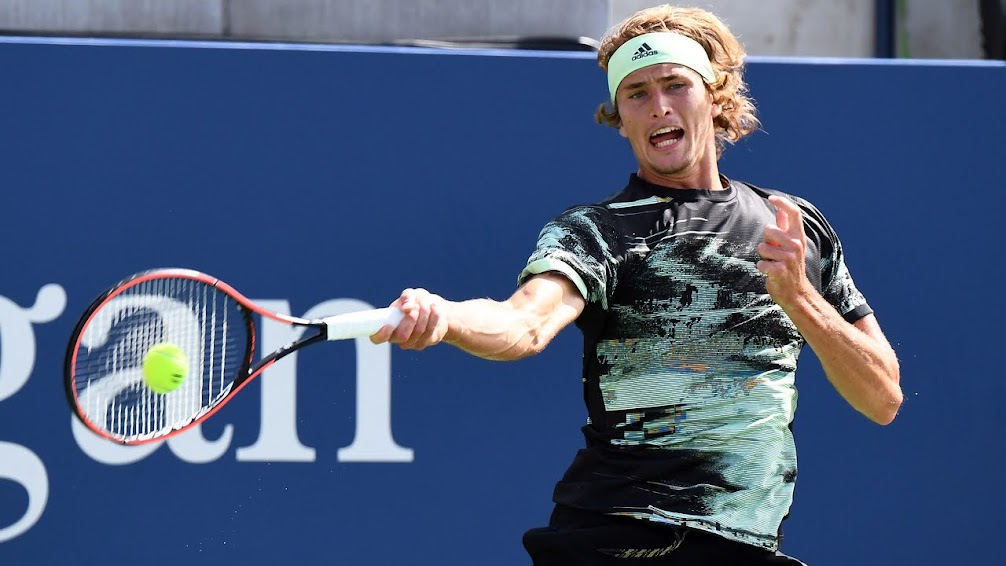 Zverev has pledged to devote all of his prize money from the 2020 Australian Open to recovery efforts for the continuing bushfires if he wins the championship, a sum of A$4.12 million.He beat 15th seed Stan Wawrinka in four sets to reach his first Grand Slam singles semifinal, where he was defeated in four sets by fifth seed Dominic Thiem.He defeated Borna Coric in four sets in the US Open quarterfinals to advance to his second grand slam semifinal.In the final, he faced Dominic Thiem. He finished second, losing the final in a final-set tiebreaker after winning by two sets and getting within two points of the title twice in the final set. 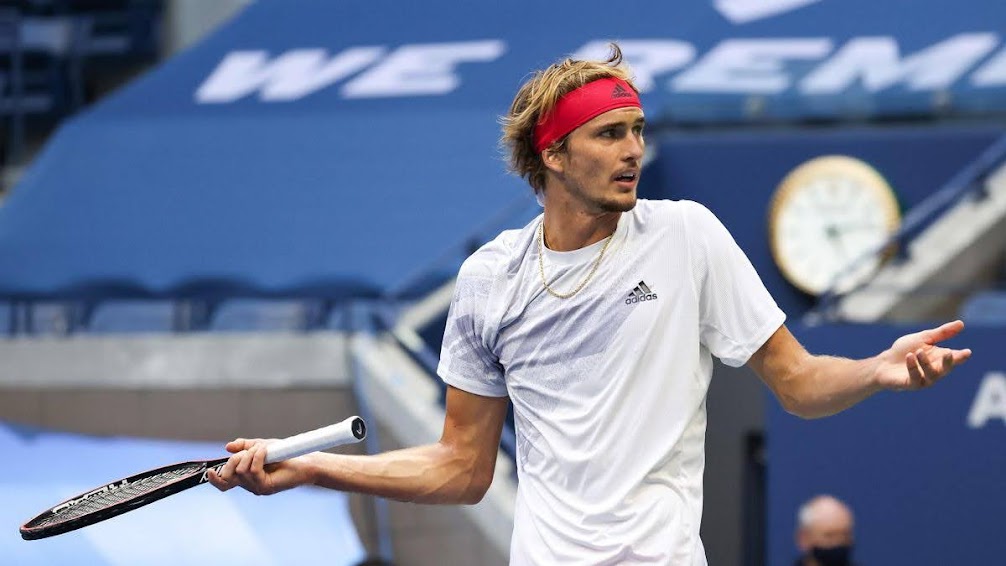 In the ATP Individual Tournment After defeating D. Shapovalov in the group stage, Zverev advanced to the semi-finals, where he was defeated by Daniil Medvedev.Zverev advanced to the quarterfinals of the Australian Open by defeating Maxime Cressy, Adrian Mannarino, and Duan Lajovi.Zverev struggled hard to qualify for the semi-finals against World No. 1 Novak Djokovic in the quarter-finals, but Zverev lost the fight.After a string of defeats, Zverev battled back to win the 2021 Mexican Open, beating Stefanos Tsitsipas in the finals.

Zverev made his best return in the 2021 Madrid Open after losing his Miami Open and Monte-Carlo Masters tours.In 2021 Madrid Open Alexander Zverev earned his third straight victory against Rafael Nadal in Quartar Finals to reach his second 2021 Madrid Open semi-final.Zverev took revenge on Dominic Thiem by defeating him in the Madrid Open Semi Finals with 6-3, 6-4 to reach the finals for the second time.

In the 2021 Madrid Open, Alexander Zverev won his third consecutive Quartar Finals match against Rafael Nadal to advance to his second 2021 Madrid Open semi-final.Zverev avenged himself on Dominic Thiem by beating him 6-3, 6-4 in the Madrid Open Semi-Finals to reach the finals for the second time.Alexander Zverev won his second Mutua 2021 Madrid Open title, defeating Matteo Berrettini 6-7(8), 6-4, 6-3 to claim his fourth ATP Masters 1000 title. Zverev won the title after defeating three straight Top 10 players, including five-time champion Rafael Nadal and two-time runner-up Dominic Thiem.“It feels amazing , particularly after losing my last three finals at Masters 1000 events, This is certainly special, and I really want to enjoy it.” Zverev said after the match. 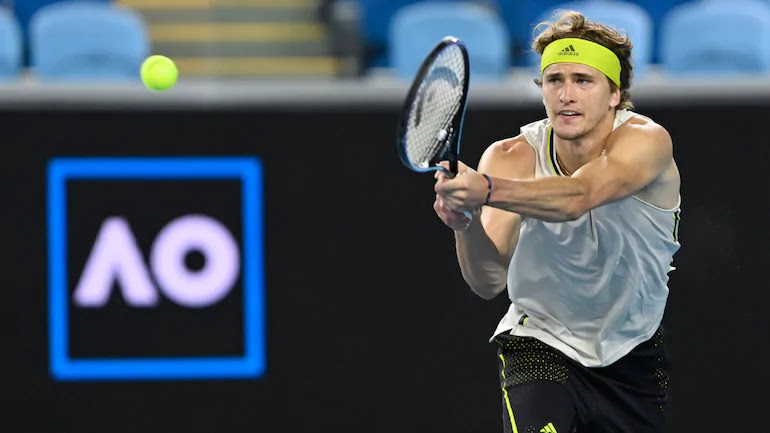 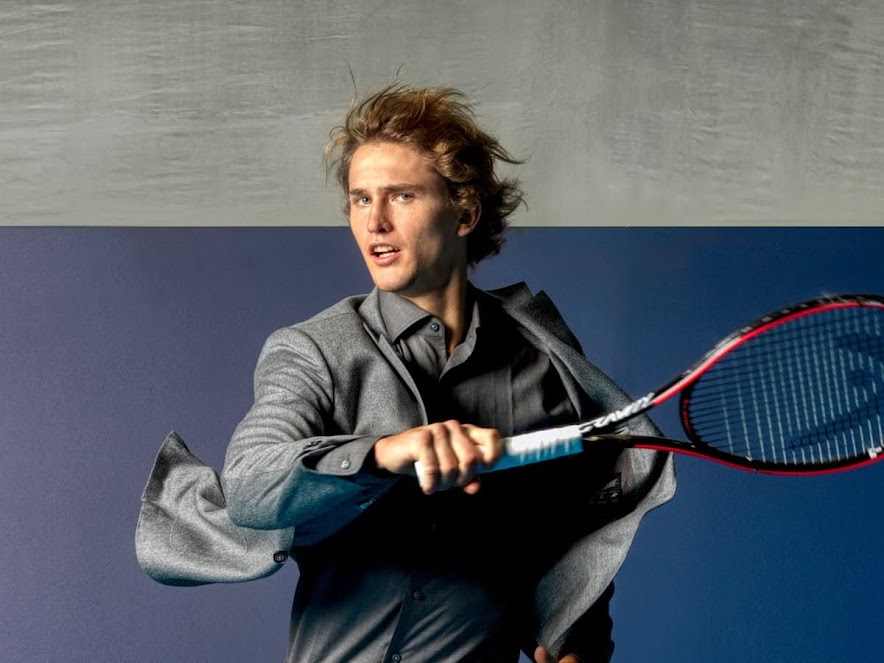