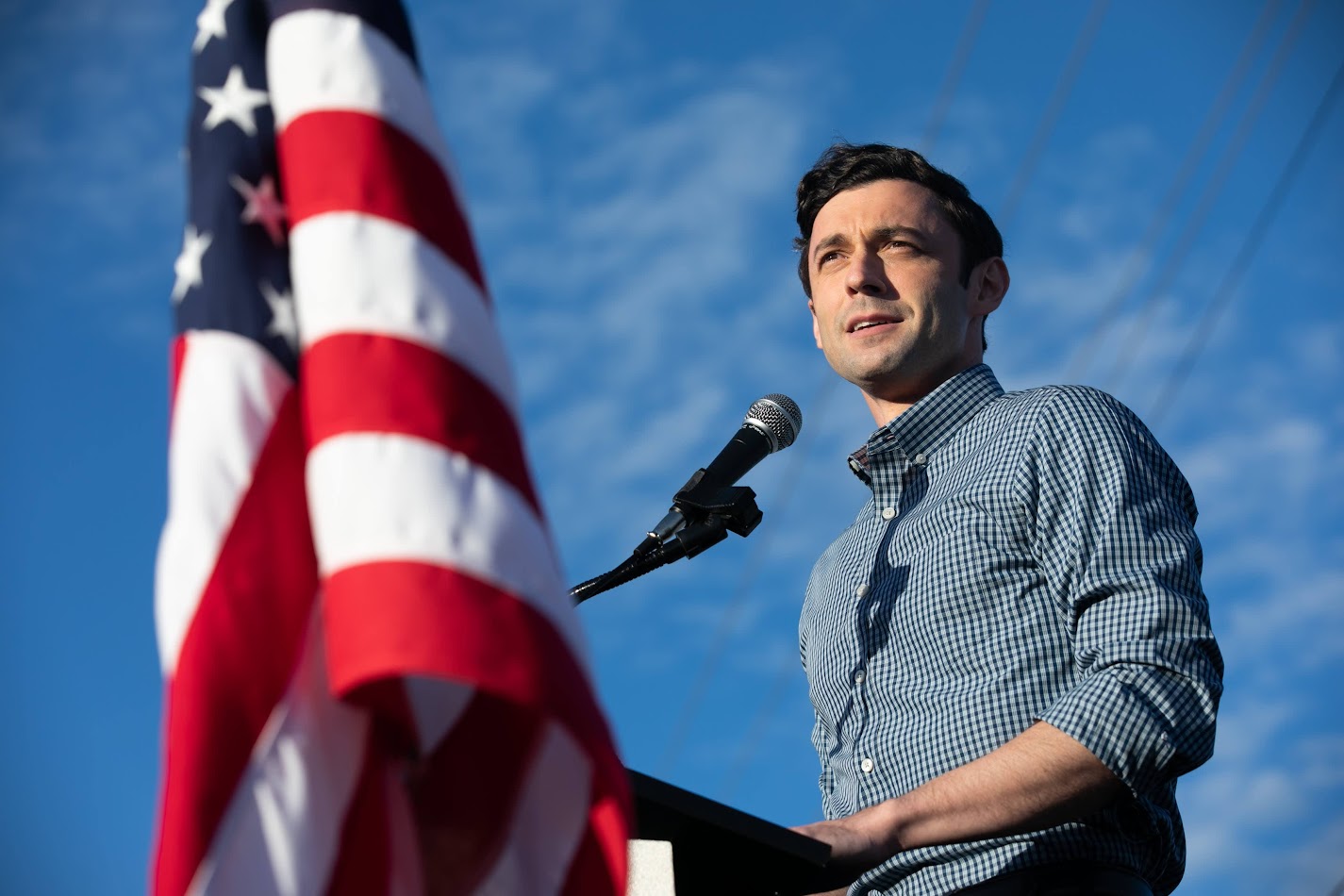 Thomas Jonathan Ossoff was born in Atlanta, Georgia on February 16, 1987. Ossoff is a Georgia politician who has been the state's senior senator since 2021. Ossoff, a Democrat, previously worked as a documentary film producer and investigative journalist.

Ossoff was the Democratic candidate in the 2017 special election for Georgia's 6th congressional district, which has long been seen as a Republican bastion. The extraordinary election was fiercely contested. It drew national attention and became the most costly House election in American history. Karen Handel narrowly defeated Ossoff in the race.

Ossoff was born in Atlanta, Georgia on February 16, 1987. He grew up in the unincorporated town of Northlake. Heather Fenton, Ossoff's mother, was born and reared in Sydney, Australia, and immigrated to the United States at the age of 23.

She co-founded NewPower PAC, an organisation dedicated to electing women to local government in Georgia. Strafford Publications, a specialised publishing company, is owned by his father, Richard Ossoff, who is of Russian Jewish and Lithuanian Jewish origin. He went to the Paideia School, an Atlanta-based independent school.

He interned with civil rights activist and U.S. Representative John Lewis while in high school. Ossoff earned a Bachelor of Science in Foreign Service from Georgetown University's School of Foreign Service in 2009.

He took classes from former US Secretary of State Madeleine Albright and former Israeli Ambassador to the US Michael Oren. In 2013, he received a Master of Science in international political economy from the London School of Economics.

Ossoff is married to Alisha Kramer, an Emory University obstetrics and gynaecology resident and graduate of Georgetown University and Emory University School of Medicine. After 12 years of dating, Ossoff married Kramer in 2017. Kramer was working an overnight shift at Emory University Hospital in Atlanta on the night of Ossoff's election to the United States Senate in January 2021. 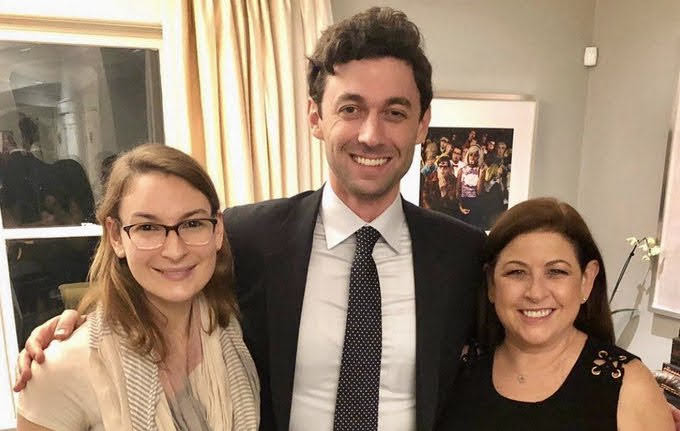 On January 5, 2017, Ossoff launched his campaign for the special election after discovering that Republican Tom Price of Georgia's 6th congressional district had been appointed Secretary of Health and Human Services. Out of a big field of contenders, Ossoff swiftly emerged as the most viable Democratic candidate.

Congressmen Hank Johnson and John Lewis, as well as state House Democratic leader Stacey Abrams, have all endorsed him. U.S. Senator and Democratic presidential candidate Bernie Sanders also publicly endorsed him. By early April of that year, Ossoff had raised more than $8.3 million.

According to The Atlanta Journal-Constitution, Ossoff "turned what was thought to be a quiet contest for a long-safe Republican seat into a proxy war over Trump, the health-care legislation, and the party struggle over suburbia.

When he entered the campaign, the Cook Partisan Voting Index classified Georgia's 6th congressional district as R+14; the seat was not considered competitive and had been represented in Congress by Republicans since 1978. Ossoff grew raised in what is now the 6th district, where his family still lives, albeit he resided in the nearby 4th district at the time of the election, roughly 1.5 miles (2.4 km) outside the district's boundaries. He said he only resided in the 4th for a short time so that his live-in partner, an Emory University medical student at the time, could walk to work. Members of the House are only needed to reside in the state for which they are elected.During the campaign, the two were engaged.

Ossoff set national fundraising records for a House candidate. His campaign raised more than $23 million in total, with small-dollar donors from around the country contributing two-thirds of the funds.

His opponent, Handel, and national Republican groups chastised him for soliciting significant small-dollar contributions from outside Georgia, despite the fact that Handel's campaign received the majority of its funding from super PACs and other outside groups, including those funded anonymously by so-called "dark money.

Ossoff was defeated by Handel in the June 20 runoff, 51.78 percent to 48.22 percent. Atlanta Magazine reports that "While his share of the vote remained constant from April to now, Ossoff received 32,220 more votes in those three months, a 34% rise... Ossoff and his allies could have gotten virtually every Democrat vote there was—and it still wouldn't have been enough to overcome the GOP's numerical advantage.

On February 23, 2018, Ossoff stated that he will not run for the seat in the 2018 general election; the seat was won by Democrat Lucy McBath in November. 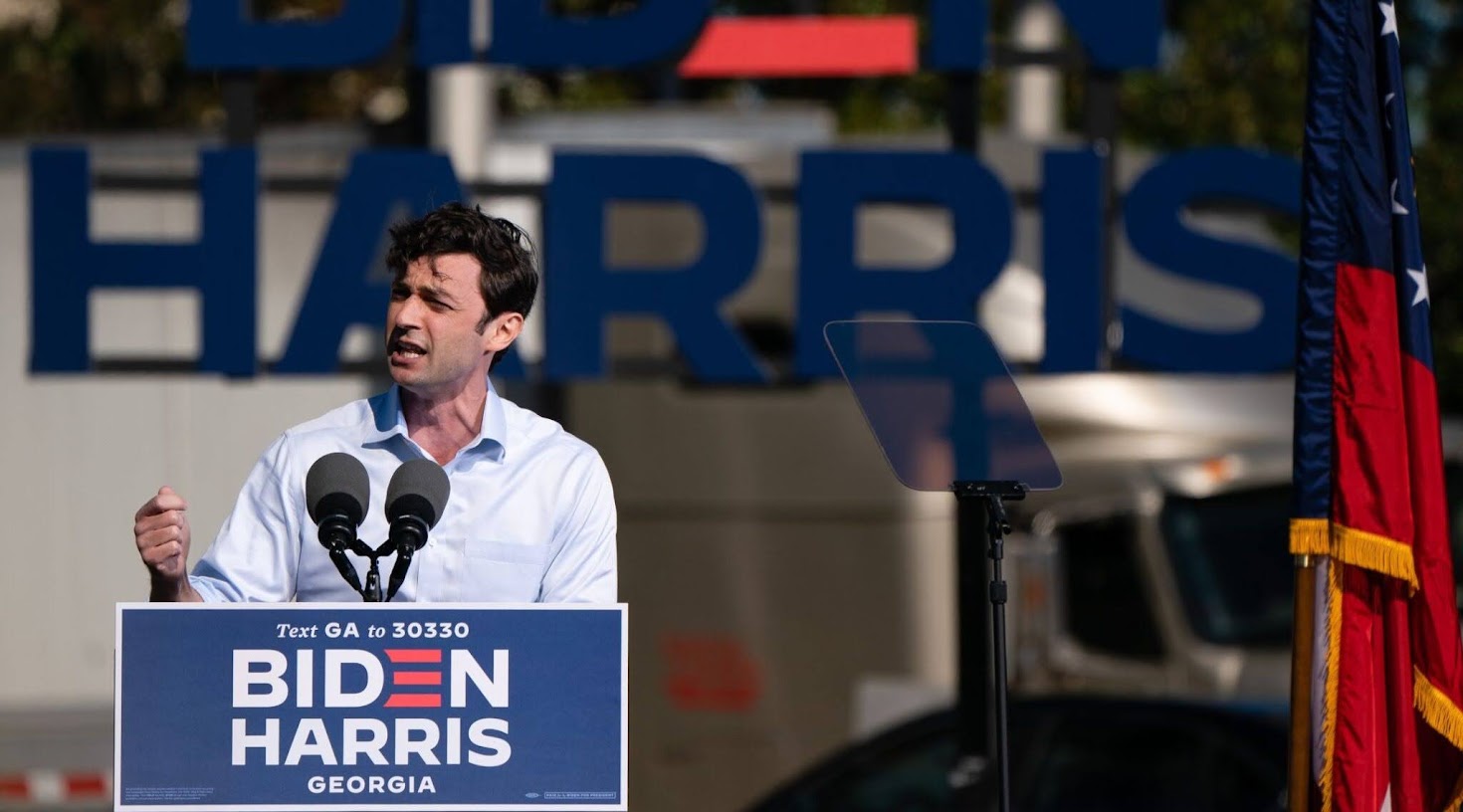 On June 10, Ossoff proceeded to the general election by receiving 50.5 percent of the vote, barely enough to avoid a run-off election. In July 2020, Perdue's campaign released a Facebook commercial in which Ossoff's nose was digitally enlarged, which Ossoff called "one of the most basic anti-Semitic tropes.

Ossoff has raised more over $100 million for his campaign since October 2020, making him the best-funded Senate candidate in US history.

The Ossoff campaign's closing pitch centred on the $2,000 stimulus payments that he and Raphael Warnock would authorise if they won their races and gave Democrats a Senate majority.

Because no candidate got a majority of the vote on November 3, the top two finishers (Perdue and Ossoff) advanced to a runoff election on January 5, 2021. On the morning of January 6, 2021, Ossoff announced victory, and most major news outlets called the contest for him later that day.

He received over 40,200 and 74,200 votes in Cobb and Gwinnett counties, which have recently shifted Democratic. His statewide margin of roughly 55,000 votes was eclipsed by the latter. He trailed Warnock, who defeated Kelly Loeffler by 70,400 votes, also by increasing his margins in the Atlanta area. On January 8, Perdue surrendered the race.

Ossoff was sworn in to the Senate on January 20 by Vice President Kamala Harris. When Ossoff was elected, he became Georgia's first Jewish senator, the first senator born in the 1980s, and, at 33, the chamber's youngest member and the first millennial senator.

Ossoff is Georgia's first Democrat elected to a full Senate term since Max Cleland in 1996. He and Warnock are also Georgia's first Democratic senators since Zell Miller left office in 2005. When Ossoff was sworn in as the senior United States senator from Georgia, he became the youngest senior senator since Robert M. La Follette Jr. and the most junior senior senator since Hiram Fong, who was 99th in seniority from Hawaii's admission until the conclusion of the 86th Congress in 1961.

On the legalisation of cannabis, Ossoff argues, "It's past time to legalise, regulate, and tax cannabis - whose prohibition simply benefits cartels, bail bondsmen, and private prison owners." Ossoff adds that as a senator, he will advocate for "nationwide legalisation" of cannabis, which he claims is "far less harmful than alcohol."

Ossoff opposes the death penalty and advocates for its repeal. Ossoff believes that increased economic aid for companies and households affected by the COVID-19 pandemic should be provided, and that COVID-19 testing, treatment, and vaccinations should be provided for free. [87] [88] Ossoff supported the American Rescue Plan Act of 2021, an economic stimulus package aimed at hastening the United States' economic and health recovery from the COVID-19 epidemic and the current recession.

Ossoff is opposed to prison time for mild drug crimes.Violent crime, murder, rape, human trafficking, and corruption are prevalent," according to his website, "yet we spend billions locking up nonviolent drug offenders.

He supports the scientific consensus on climate change and has stated that climate change is a menace to our security and economy." He is in favour of the United States' involvement in the Paris Agreement. He opposes the Green New Deal. Ossoff favours comprehensive immigration reform that would both improve border enforcement and give a route to citizenship for certain illegal immigrants.

Ossoff touts his support for the LGBT community as "unwavering.He also supports the Equality Act, which would make gender, gender identity, and sexual orientation discrimination illegal.

Ossoff is in favour of raising the federal minimum wage to at least $15 per hour. Ossoff is a supporter of the John Lewis Voting Rights Act. 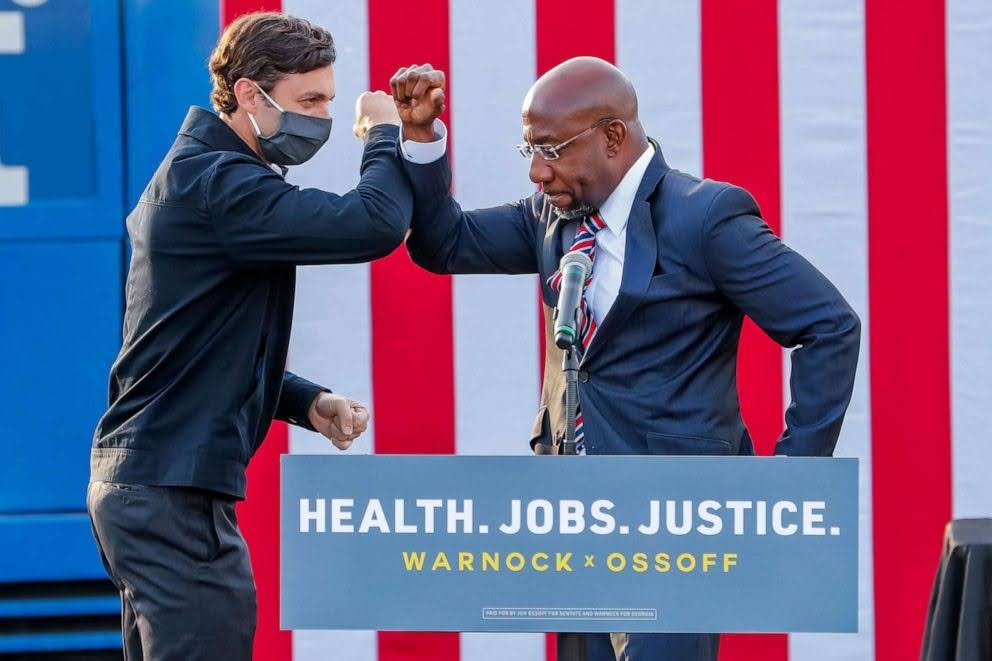