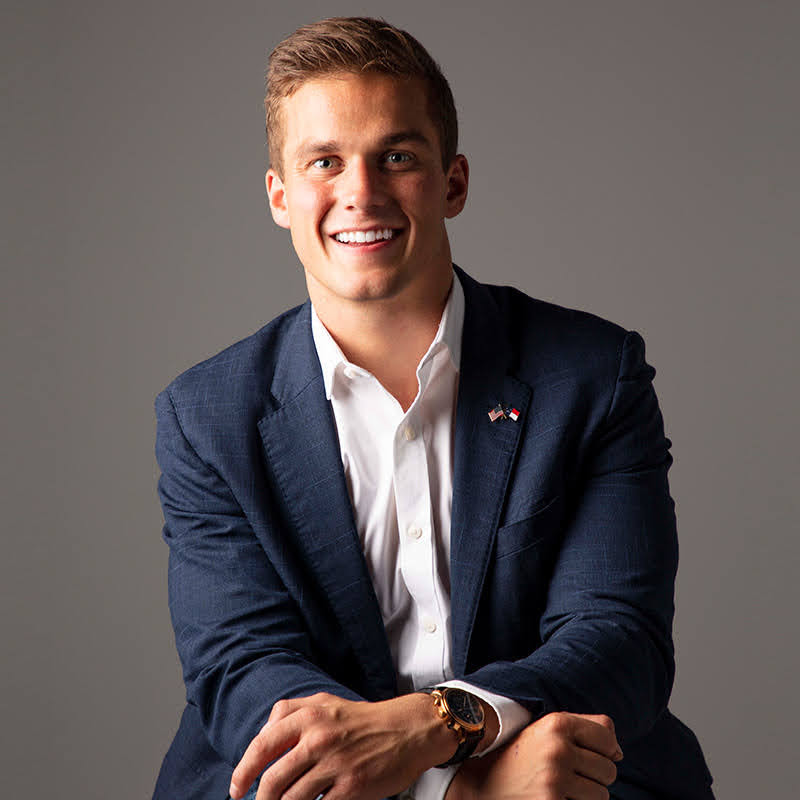 Cawthorn is an American politician who represents North Carolina's 11th congressional district in the United States. Cawthorn is a Republican who was elected to Congress in 2020. Cawthorn is the youngest Republican elected to the House of Representatives since Jed Johnson Jr., and the first born in the 1990s. Cawthorn shared an Instagram photo of his visit to Adolf Hitler's holiday home Eagle's Nest in 2017, which he said has been on his "bucket list for a time." In the message, he referred to Hitler as Führer, a German term for "leader," and the website as "supreme evil.

In 2014, at age 18, Cawthorn was seriously injured while returning from a spring-break trip to Florida. He was a riding as a passenger in a BMW X3 SUV near Daytona Beach, Florida, when his friend Bradley Ledford fell asleep at the wheel. The SUV crashed into a concrete barrier while Cawthorn's feet were on the dashboard.

Cawthorn stated in a 2017 speech that Ledford abandoned him "to perish in a burning tomb," but Ledford officially refuted this in 2021, claiming that he retrieved Cawthorn from the wreck once he exited the car. Cawthorn said in his statement that he had "no recall from the accident," but Ledford stated that he assisted in the rescue of an unconscious Cawthorn.

Cawthorn was largely paralysed as a result of the tragedy, and he now uses a wheelchair. He claimed to have accumulated $3 million in medical debt throughout his recovery;he has received that amount in a settlement from an insurance firm, as well as other payments, and is seeking $30 million more as of February 2021.

Cawthorn was nominated to the United States Naval Academy by U.S. Representative Mark Meadows in 2014, but his application was denied before his 2014 automobile accident; Cawthorn stated in commercials during his congressional campaign that the accident "derailed" his ambitions to attend the Academy.

Cawthorn attended Patrick Henry College for the fall 2016 semester, studying political science, but dropped out after receiving largely D marks. He claimed that his low scores were due to his injuries interfering with his capacity to learn. In a deposition, Cawthorn stated, "You know, I think having a brain damage after the event slowed my thinking down a little bit. I became less intelligent as a result. In addition, the discomfort made reading and studying difficult.

Cawthorn identifies as a Christian and a constitutional conservative. Cristina Cawthorn (née Bayardelle), a college student and competitive CrossFit competitor, is his wife. Zachary is his older brother. Cawthorn competes in wheelchair racing. He has said that he has trained for the 2020 Summer Paralympics, although he has never competed at a qualifying level and is not a member of a team.Cawthorn married Bayardelle at a private wedding in April 2021, but they've been legally married since December 2020. 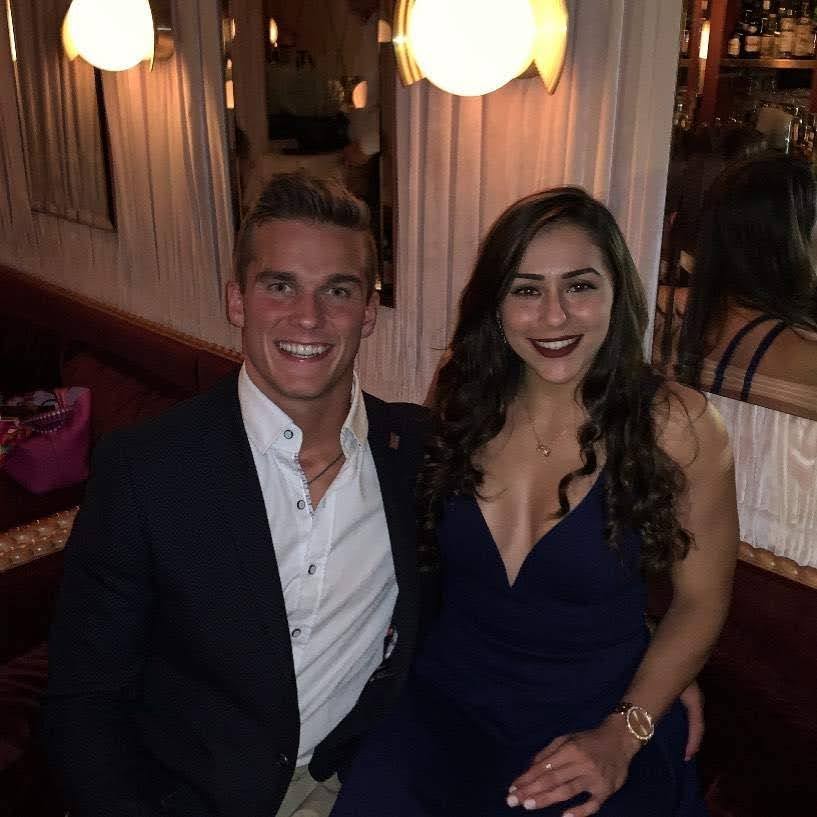 Cawthorn finished second in the Republican primary for North Carolina's 11th congressional district in March 2020, trailing Lynda Bennett, who had been backed by both President Donald Trump and Cawthorn's old mentor, Meadows, who had become White House Chief of Staff. However, Bennett did not obtain the needed 30% of the vote to avoid a runoff, and Cawthorn easily won the June runoff. Many local officials backed him up, as did Mark Walker, vice chairman of the House Republican Conference. His win has been described as an upset. Cawthorn benefitted from incorrect and misleading accusations that Bennett was a "Never-Trumper"[by whom?].

Cawthorn is the youngest Republican and one of the youngest members of the House of Representatives ever elected. He has stated that he would "want to be the Republican Party's face when it comes to health care.

During his 2020 presidential campaign, the post drew criticism and accusations of far-right tendencies. Cawthorn responded by denying being a white supremacist, calling the accusations absurd, and stating that he "totally and sincerely denounce[s] any form of white nationalism, any type of Nazism." Mark Pitcavage, an analyst with the Anti-Defamation League, said the charges levelled against Cawthorn lacked substance.

Some Jewish citizens in his congressional district, including the mayor of Asheville, the area's largest city, voiced alarm over the event. Cawthorn removed the Instagram post on August 10th.

Cawthorn's team developed an attack website during his election campaign that targeted writer Tom Fiedler, who had published investigative pieces on Cawthorn and had written favourably about his opponent. According to the website, Fiedler left academics "to work for non-white guys, such as Cory Booker, who seeks to destroy white males running for office." Cawthorn beat Democratic nominee Moe Davis in the general election in November. On January 3, 2021, he entered office.  When he found that he had won, he tweeted, "cry more, lib. 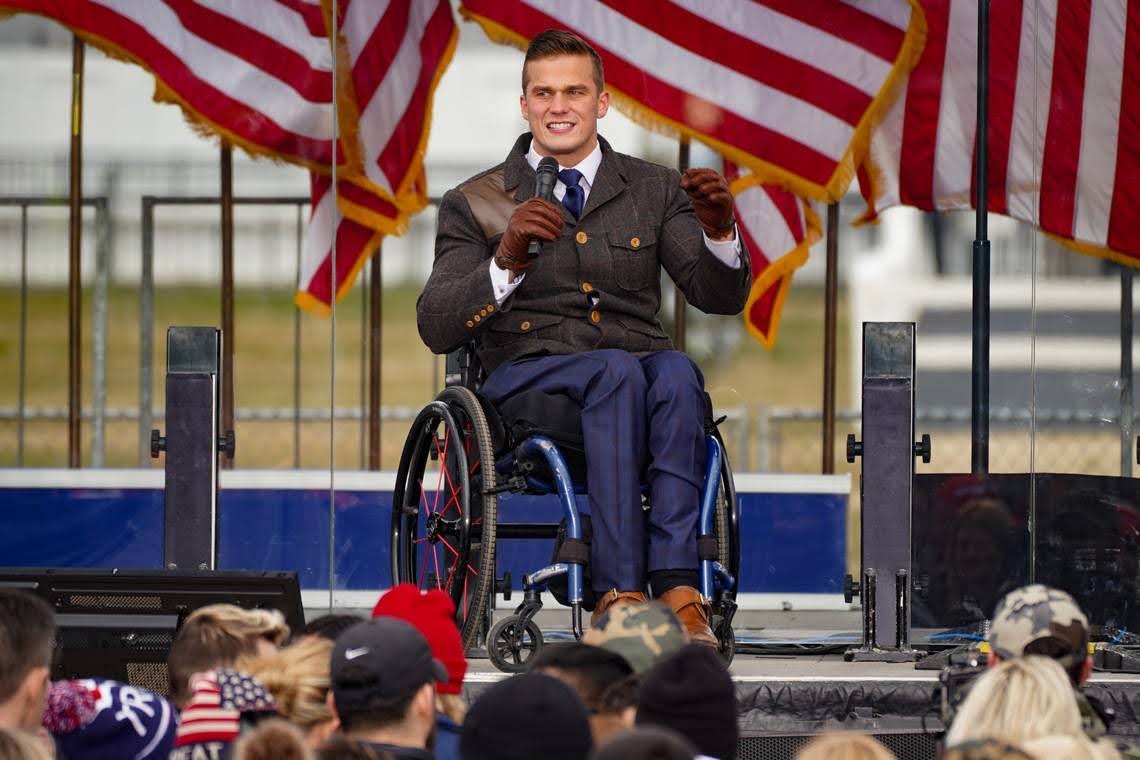 Cawthorn stated in December 2020, at a Turning Point USA conference in Florida, that he would try to challenge the 2020 United States presidential election results when Congress counted the Electoral College votes in January, citing fraud, despite the fact that there was no evidence that fraud affected the election results. Cawthorn assumed his seat as a U.S. Representative on January 3, 2021, at the commencement of the 117th Congress.

He had said to his colleagues that he wanted to utilise his position as a communicator rather than a lawmaker, saying, "I have structured my team around communications rather than legislation." Cawthorn was one of 17 newly-elected House Republicans who signed a letter thanking Joe Biden and expressing optimism for bipartisan collaboration on January 20, 2021, the day of his inauguration. On CNN Newsroom on January 23, 2021, Pamela Brown addressed Cawthorn about his thoughts on the election results, to which Cawthorn finally answered that there was no voting fraud. He stated, "You know, the Constitution permitted us to push back as far as we could, and I did so to the extent of the constitutional constraints that I had available to me. So, now I'd say Joseph R. Biden is our president

Cawthorn and a dozen other Republican House members skipped votes and encouraged others to vote for them in late February 2021, claiming the ongoing COVID-19 epidemic. However, he and the other members were in fact attending the Conservative Political Action Conference, which was taking place at the same time as their absences. In response, the Campaign for Accountability, an ethical watchdog group, filed a complaint with the House Committee on Ethics, requesting that Cawthorn and the other legislators be investigated.

He has described the Biden Administration's push to vaccinate Americans as an attempt to "grab your weapons" and "your Bibles." Cawthorn was one of 49 House Republicans who voted to revoke the AUMF against Iraq in June 2021. 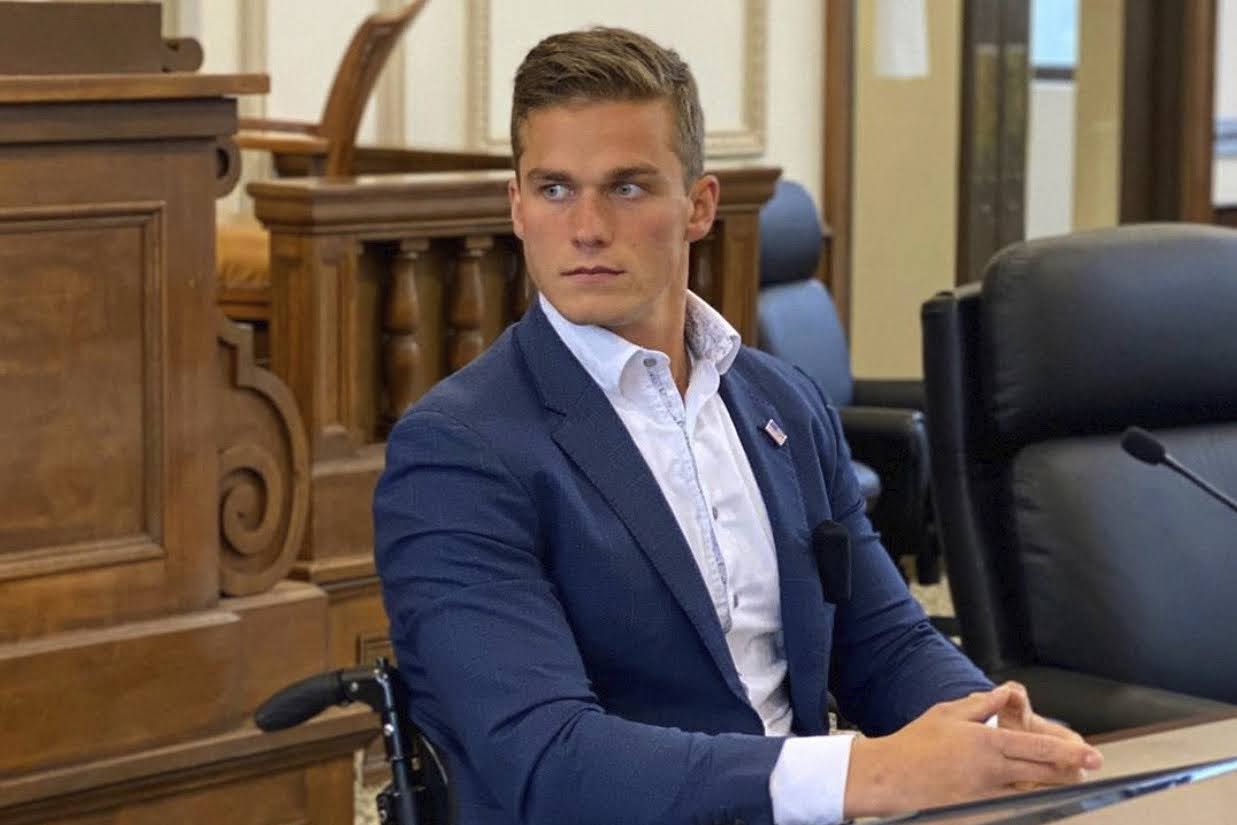