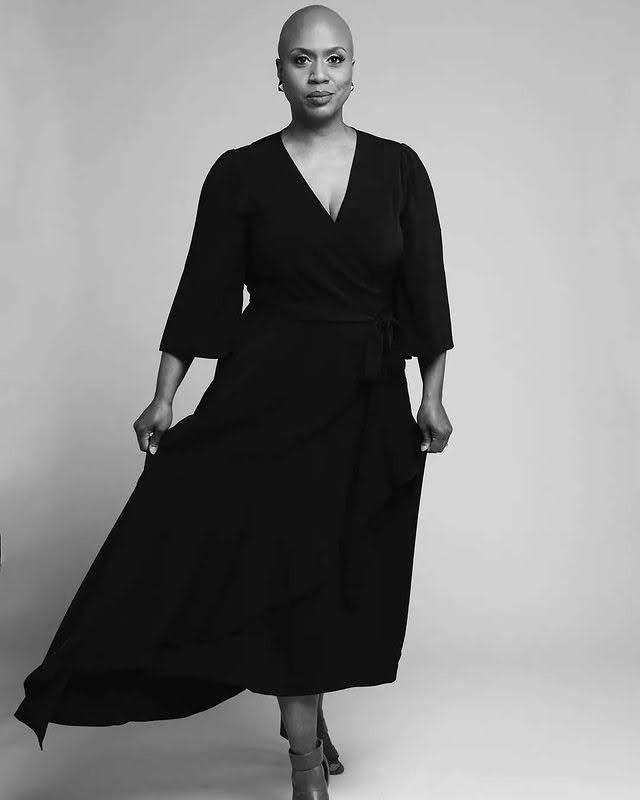 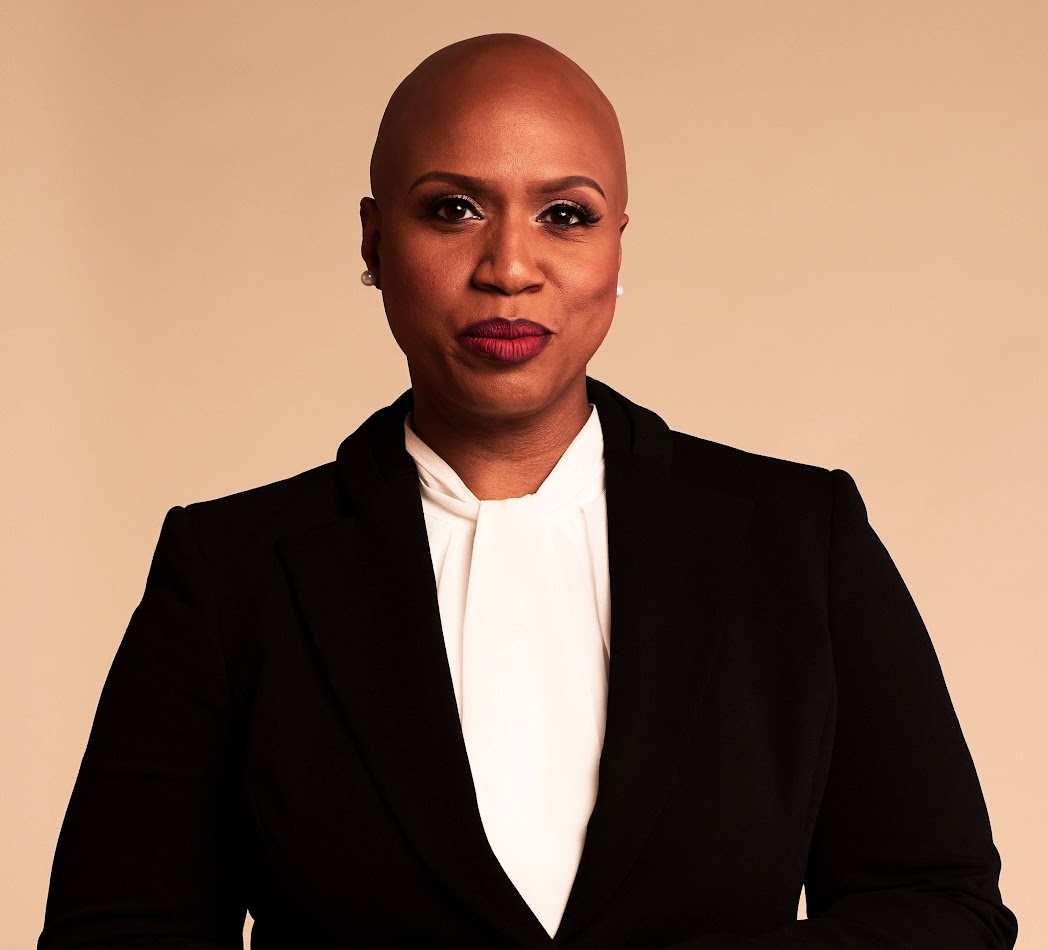 Ayanna Soyini Pressley is a politician from Massachusetts who has been the United States Representative for the 7th congressional district since 2019.

In the Democratic primary race in the district in 2018, Pressley beat 10-term incumbent Rep. Michael Capuano.

Pressley was born in Cincinnati, Ohio, but was reared as an only child in Chicago, Illinois.

Sandra Pressley, her mother, worked several jobs to support the family while simultaneously fighting for tenants' rights as a neighbourhood organiser for the Chicago Urban League.

Martin Terrell, Pressley's father, battled with addiction and was imprisoned during her youth, although he ultimately obtained several degrees and taught at the college level.

The marriage was annulled.

Congresswoman Pressley attended the Francis W. Parker School in Chicago, where her activism and dedication to public service began. Congresswoman Pressley was a dedicated student who was encouraged by her professors, staff, and classmates, and she was chosen class president every year from seventh grade through senior year of high school.

She was also chosen student government president, a competitive debater via her school's Junior State of America chapter, the graduation speaker for her graduating class, and the 'most likely to be mayor of Chicago.'

Congresswoman Pressley came to Boston, MA in 1992 to attend Boston University; however, after a few years, she dropped out to assist support her mother.

Pressley and her husband, Conan Harris, reside in Boston's Dorchester area with their stepdaughter.

Her spouse left from his job as a senior public safety advisor at Boston City Hall in January 2019 to start his own consulting company, Conan Harris & Associates.

In January 2020, Pressley announced that she had been diagnosed with alopecia areata, which had caused her to lose all of her hair; she said in a public statement, 'I want to be free of the secret and the guilt that that secret brings with it.' 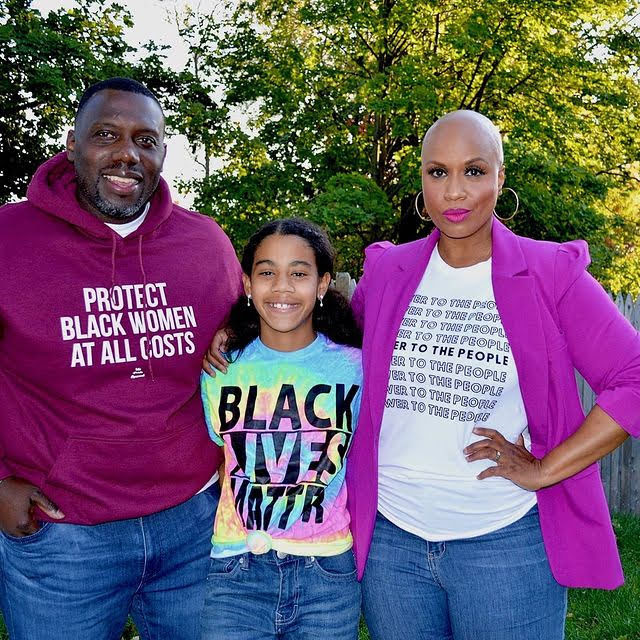 She remained an activist in the community after graduating from Boston University, working as a senior aide to Congressman Joseph P. Kennedy II, volunteering for Senator John Kerry's reelection campaign, and working for Senator Kerry in a variety of roles, including constituency director and political director, for 13 years. Senator Kerry hailed Rep. Pressley as a 'force' who 'believed in public duty.' 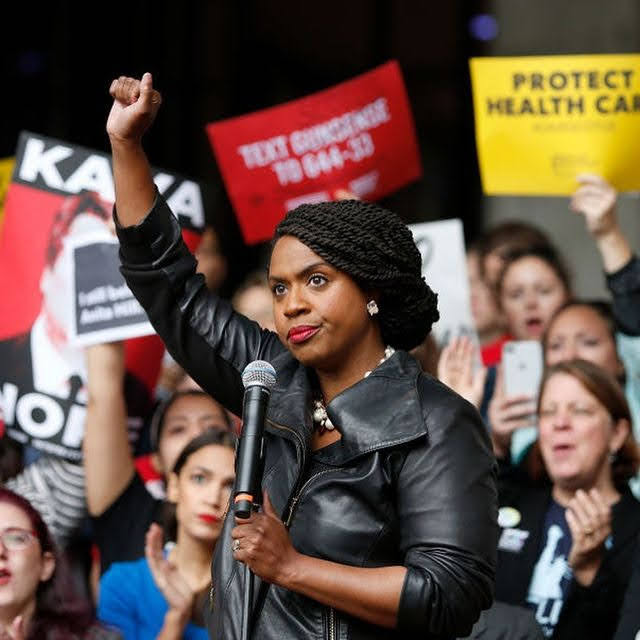 In 2009, she ran a historic at-large campaign for Boston City Council, which she won, making her the first woman of colour elected to the Council in its 100-year history. On the Council, Congresswoman Pressley worked with citizens, activists, and other elected officials to address the community's inequalities and disadvantages. During her eight-year time on the Council, she revised and required the implementation of a pregnant and parenting teen policy for Boston Public Schools in order to improve graduation paths and decrease dropout rates.

Developed a comprehensive, culturally competent, medically correct, and age-appropriate sexual education and health programme that was successfully accepted as a permanent component of the wellness policy of the Boston Public Schools,

The Boston City Council held the first “listening-only hearing” in its history, when 300 families affected by gun violence and trauma shared their experiences with city authorities.

Collaboration with the National Black Women's Justice Institute to conduct evidence-based research on school disciplinary practises that contribute to the school-to-prison pipeline for black and Latinx girls, and Successfully lobbied for the establishment of 75 new liquor licences, 80 percent of which were allocated to underserved areas, resulting in the opening of dozens of new restaurants and the development of hundreds of employment in Boston neighbourhoods. 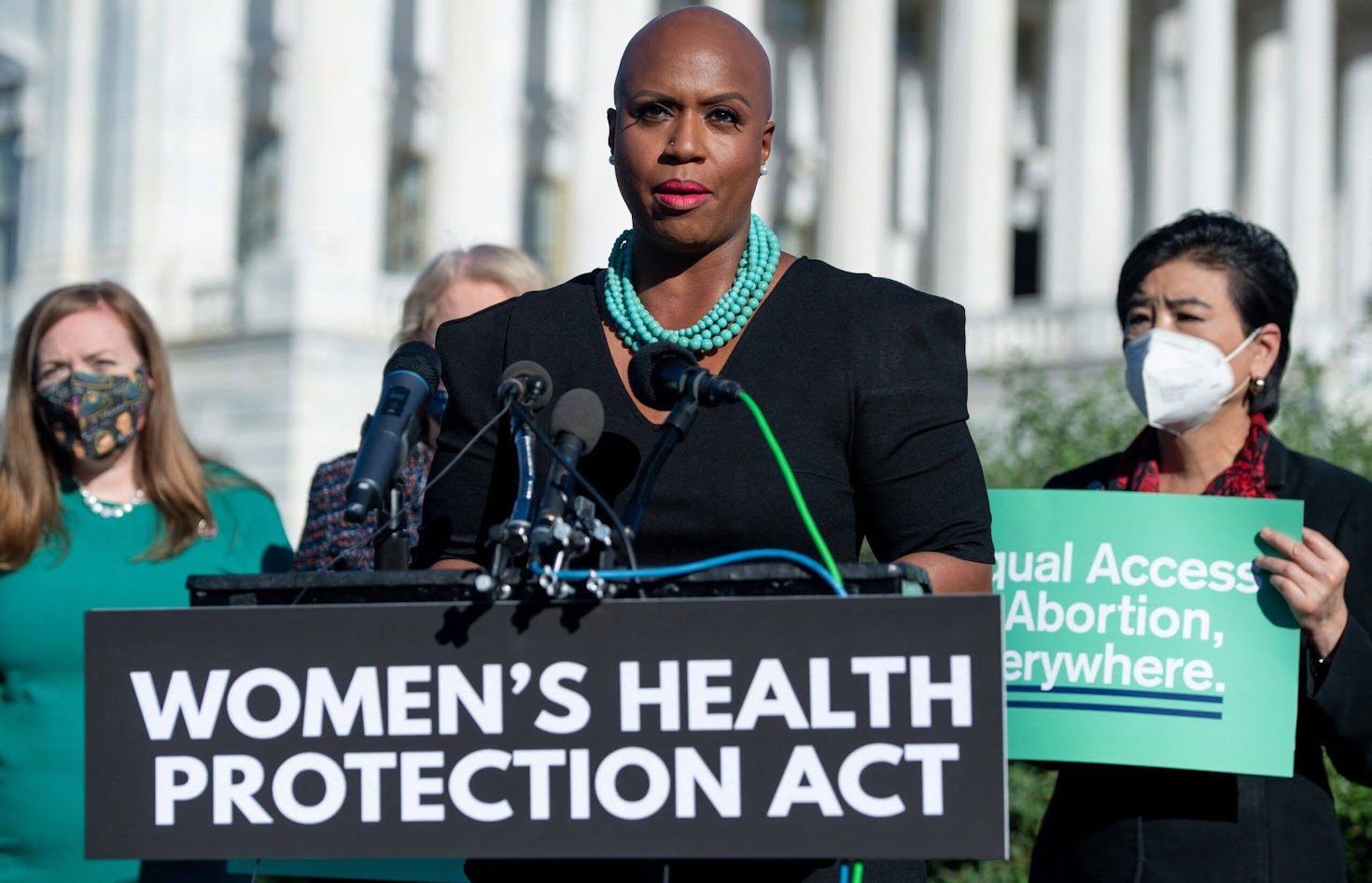 The 7th Congressional District is typically Democratic, and it is the only district in the state where the majority of people are not white. Civil rights veteran and U.S. Representative John Lewis of Georgia, as well as U.S. Representative Maxine Waters of California, both endorsed Capuano.

The Boston Globe and the local branch of the hotel and electrical worker union backed Pressley. Grassroots organisations such as Democracy for America, Brand New Congress, and the Justice Democrats also supported Pressley.

Pressley ran as a strong progressive, acknowledging that her voting record would very certainly be similar to Capuano's. Pressley, on the other hand, argued that a consistently liberal voting record was insufficient to fulfil the requirements of a district whose demographics and character had changed over time. She also stated that the district needs to be represented by someone who would be more active in opposing Donald Trump's administration. She ran under the slogan 'change can't wait' and pledged 'active leadership.'

Pressley beat Capuano in the Democratic primary election on September 4, 2018, by a margin of 59 percent to 41 percent. The primary win came as a surprise, since the latest poll taken before the election showed Capuano leading by a wide margin, 48 percent to 35 percent. 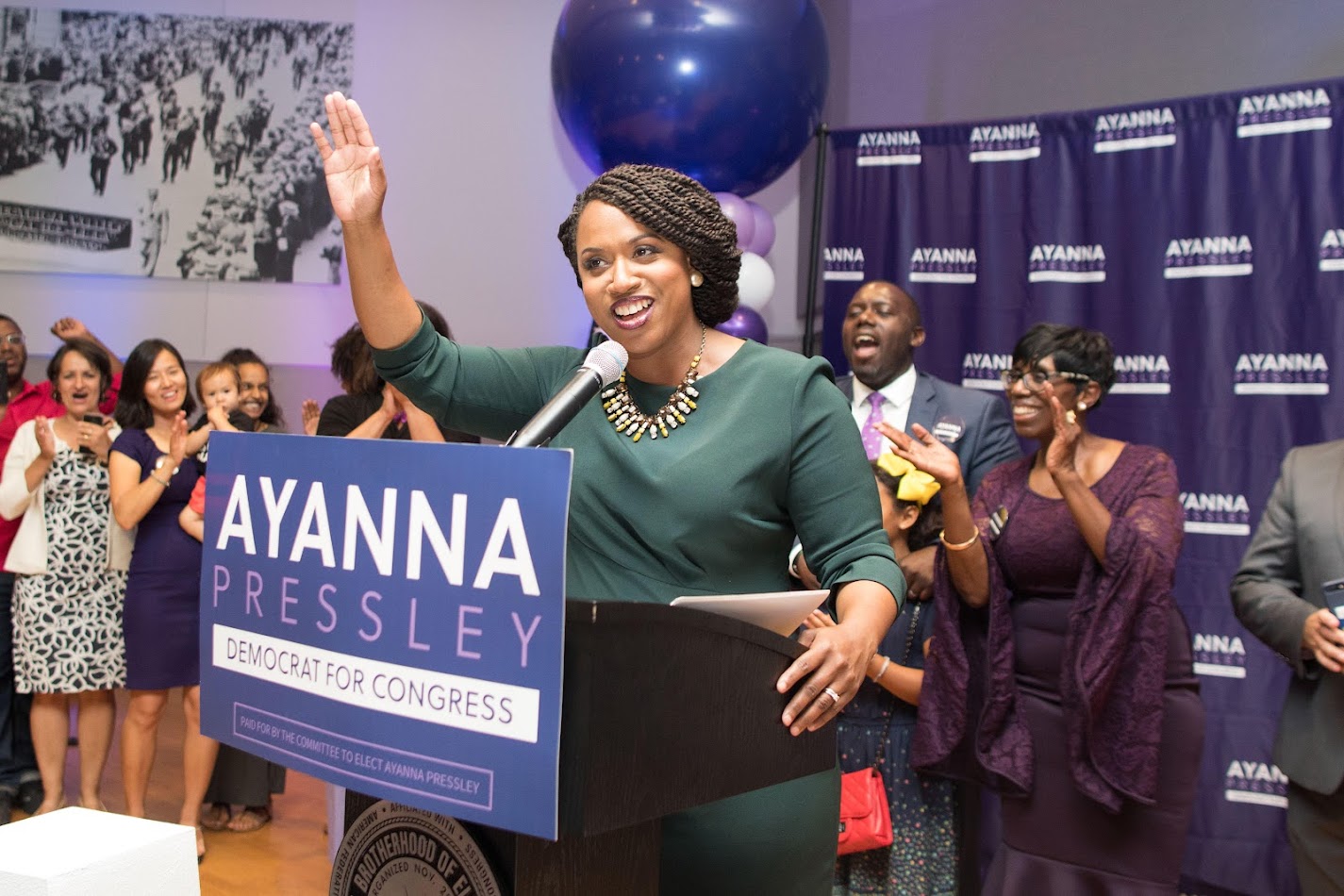 Pressley is a member of the informal organisation known as 'The Squad,' whose members band together to advocate for progressive policies such as the Green New Deal and Medicare-for-all. Ilhan Omar (D-MN), Rashida Tlaib (D-MI), and Alexandria Ocasio-Cortez are the other members of 'The Squad' (D-NY).

In an interview with The Boston Globe in July 2019, Pressley said that her office has received death threats in response to President Trump's tweets on July 14, 2019, as well as since her election in general.

In May 2019, Pressley delivered the graduation speech at the University of Massachusetts Boston, describing the graduates as 'President Trump's worst nightmare.' 'Represented here today are dreamers and doers, immigrants, individuals of every racial identity, gender identity and sexuality, sisters wearing Senegalese twists and hijabs,' she added in her address.

In November 2019, Pressley introduced a criminal justice reform resolution that calls for the decriminalisation of consensual sex work, the abolition of cash bail, the legalisation of marijuana, the abolition of capital punishment and solitary confinement, and the reduction of the U.S. prison population by more than 80%. The resolution before the House is titled The People's Justice Guarantee. 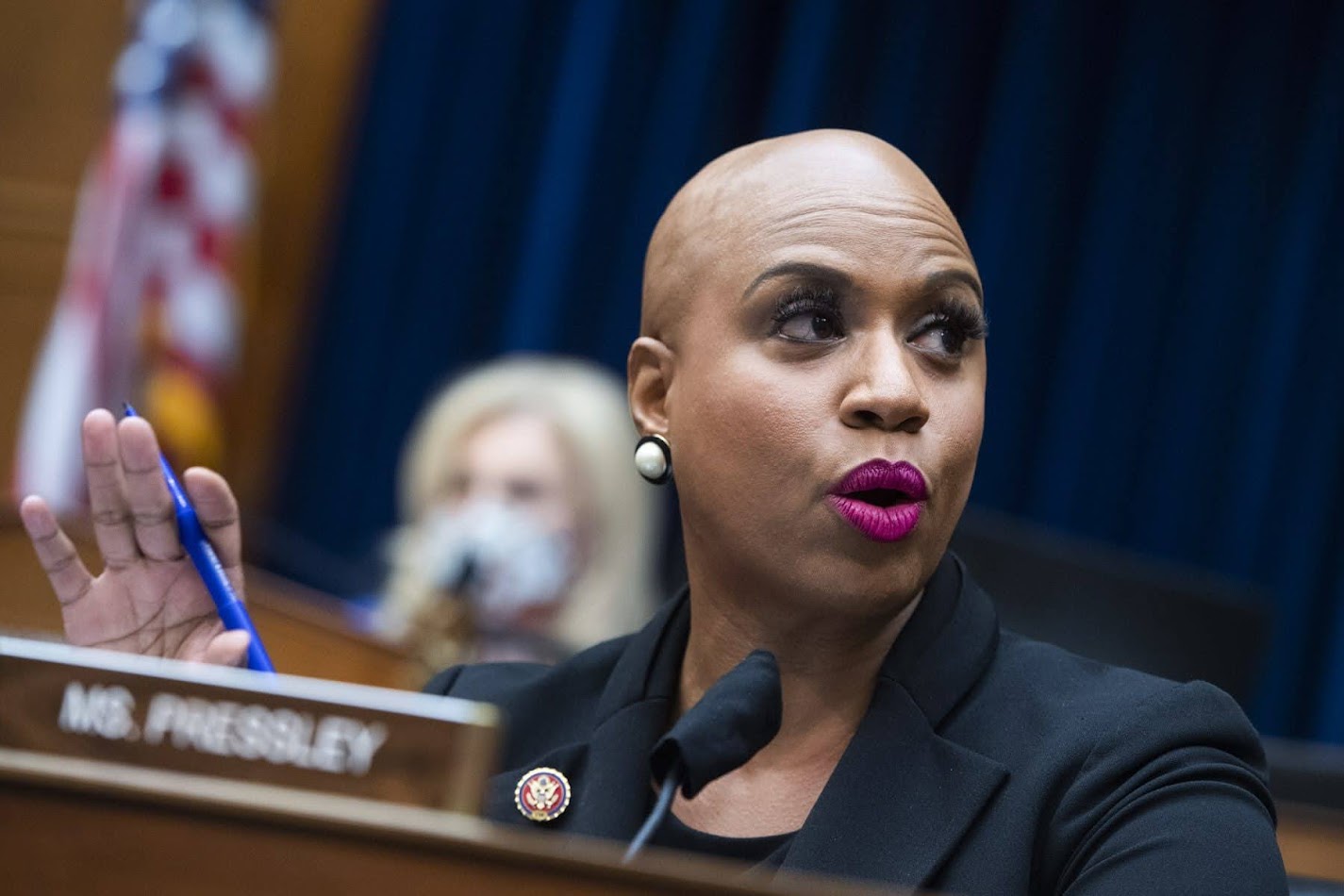 During her victory speech after the September 2018 primary election, she called President Donald Trump a 'racist, sexist, really empathy-bankrupt guy.' She advocated for Donald Trump's impeachment.

In May 2019, Pressley and Senator Cory Booker introduced the Healthy MOMMIES Act, legislation that would expand Medicaid coverage in an attempt to provide comprehensive prenatal, labour, and postpartum care by extending the Medicaid pregnancy pathway from 60 days to a full year following birth in order to ensure new mothers have access to non-pregnancy services.

Pressley supports the national anthem demonstrations in the United States, which have been utilised to draw attention to police brutality against Black males and have been particularly exploited by athletes.

Pressley advocated for the defunding of US Immigration and Customs Enforcement in June 2018, claiming that the law enforcement organisation presents a 'existential danger' to immigrant communities. In June 2019, Pressley was one of four Democratic representatives who voted against the Emergency Supplemental Appropriations for Humanitarian Assistance and Security at the Southern Border Act (H.R. 3401, a $4.5 billion border funding bill sponsored by Nita Lowey that required Customs and Border Protection to enact health standards for people in custody, such as forming standards for people with HIV).

In 2018, Pressley said that eliminating sexual assault will be a top focus of her work in Congress.

On April 9, 2019, Pressley was one of four House Democrats to propose the Be HEARD Act, which aims to eliminate the tipped minimum wage as well as forced arbitration and pre-employment nondisclosure agreements. The bill would also give employees more time to report harassment, and co-sponsor Patty Murray stated that it comes at a time when 'too many workers are still silenced by mandatory disclosure agreements that prevent them from discussing sexual harassment and longstanding practises like tipped wages that keep workers in certain industries especially vulnerable.'

Pressley voted in support of H. Res. 246, a House Resolution sponsored by Illinois Congressman Brad Schneider that officially opposes the Boycott, Divestment, and Sanctions campaign against Israel, on July 23, 2019. Pressley was the sole member of 'the Squad' to vote in favour of the motion, which passed 398–17.

Pressley backed a proposal in early February 2021 to erase up to $50,000 in student loan debt for roughly 44 million Americans who hold federal student loans. She has urged President Biden to erase the debt via executive order rather of going through the legislative process, which is sure to get mired down in politics. According to Pressley, who spoke to The Boston Globe, 'It is about achieving an equal economic recovery. If people really think that Black Lives Count, then finances and policies are the only things that matter right now.'

This distinguished Pressley from the other three members of 'The Squad,' who had instead backed Bernie Sanders.

Pressley favours prison reform and initiatives for prisoner reintegration that begin long before an offender is freed from imprisonment. In 2020, Pressley's husband appeared before the United States House Judiciary Subcommittee on Crime, Terrorism, and Homeland Security, stating, 'All the other things that organisations may provide, like identity cards, are essential, but it all begins with where you lay your head at night.' In the fall of 2019, Pressley presented the People's Justice Guarantee, a resolution asking for a reform of the criminal justice system.

Pressley is an advocate for making public transportation fare-free for all passengers. In 2020, she and Senator Ed Markey co-authored the Freedom to Move Act, which would provide $5 billion in yearly competitive grants to transportation organisations that provide fare-free transit access. 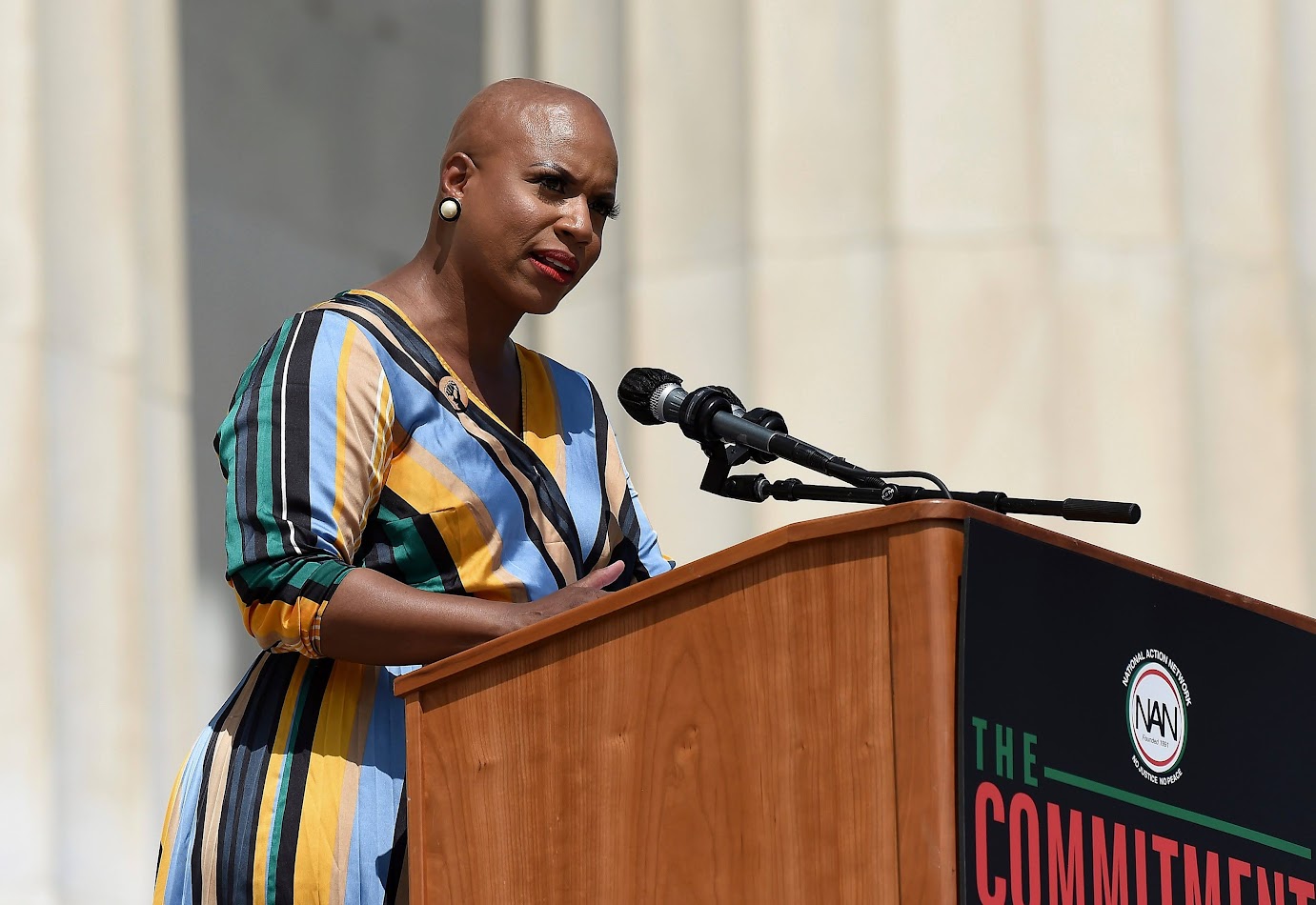