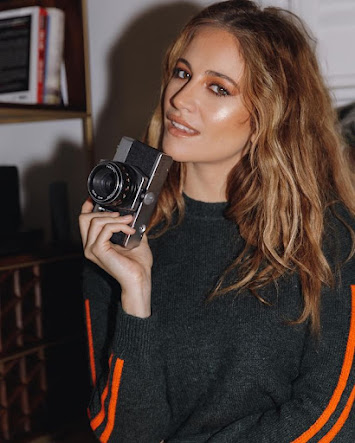 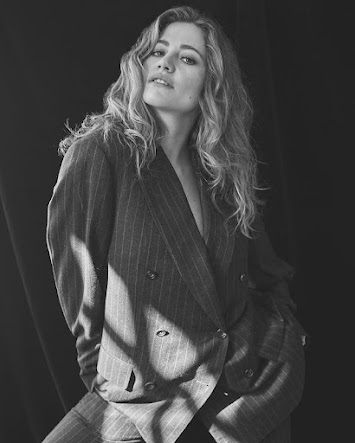 Victoria Louise Lott, commonly known as 'Pixie Lott,' is an English singer-songwriter. Turn It Up, her first album released in September 2009, peaked at number six on the UK Albums Chart and sold over 1.5 million copies. It also produced six straight top twenty songs on the UK Singles Chart, including two #1 singles, 'Mama Do (Uh Oh, Uh Oh)' and 'Boys and Girls'. Her second album, Young Foolish Happy (2011), produced the #1 smash 'All About Tonight', as well as the top 10 songs 'What Do You Take Me For?' and 'Kiss the Stars'.

Lott's self-titled third studio album, released in 2014, featured the first song 'Nasty', which reached at number nine on the UK Singles Chart, giving it her sixth Top 10 hit in the United Kingdom.Lott has also sometimes performed in cinema, television and theatre, notably appearing in the UK version of the Richard Greenberg play Breakfast at Tiffany's in 2016.

Victoria Louise Lott was born on January 12, 1991, in the London borough of Bromley, the third child of Beverley (née Martin) and stockbroker Stephen Lott. The family relocated throughout the London suburbs, first to Petts Wood and later to Bickley. Lott was born prematurely and was given the nickname Pixie by her mother because she was 'such a small, adorable baby who looked like a pixie.' She began singing in her church school at the age of five and attended the Italia Conti Associates Saturday school in Chislehurst.

She was given a scholarship and enrolled at its major school, the Italia Conti Academy of Theatre Arts, when she was 11 years old. Lott moved to Brentwood, Essex, with her family when she was 13 years old, and she attended Brentwood County High School. At the age of 14, she performed in a West End production of Chitty Chitty Bang Bang at the London Palladium and as Louisa von Trapp in BBC One's Celebrate the Sound of Music. Despite skipping school to record her album, Lott claims she got top grades in her GCSEs. 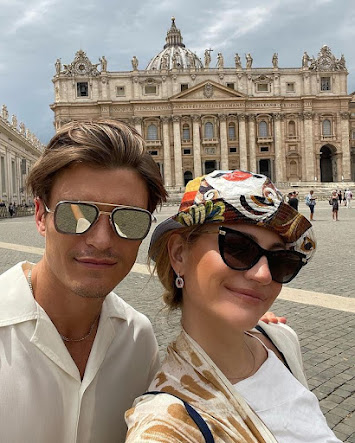 Lott performed for L. A. Reid in 2006, when she was 15 years old, after he heard a couple of her recordings. After that, he signed her to Island Def Jam Music Group. Following a change of management, a bidding war followed, and Lott severed company with the Island Def Jam Music Group, signing with Mercury Records in the UK and Interscope Records in the United States. Lott secured a publishing contract with Sony/ATV Music Publishing as a songwriter in December 2007, while composing and recording songs for Turn It Up.

Lott penned 'You Broke My Heart' for Alexandra Burke's first album, Overcome (2009), and 'Happy Alone' for Girls Can't Catch. She also composed the songs 'No Good For Me' and 'Promises, Promises' for Lisa Lois's (the Dutch X Factor winner) first album Smoke (2009). She also co-wrote 'We Own the Night' with Toby Gad for Selena Gomez and ended up appearing on the song for Gomez's album When the Sun Goes Down. Lott performed on the Big Top for the first time at the Isle of Wight Festival in 2009, as part of her first full British tour, when she backed The Saturdays on The Work Tour.

'Mama Do,' Lott's first song, was released on June 8, 2009. It lasted one week at the top of the charts, 11 weeks in the top 40, and 18 weeks in the top 75. The song was also a big hit outside of the UK, reaching the top 40 in 11 other countries, including top ten peaks of number eight in Denmark and number ten in France. On August 28, 2009, the British Phonographic Industry certified the single as silver after it sold over 200,000 copies in the United Kingdom. Lott's first album, Turn It Up, was released on September 14th.

Lott has just returned from an extensive promotional trip in the Asia-Pacific area to promote the album and 'Mama Do.' The album debuted at number six on the UK Album Chart and went on to sell over 600,000 copies in the country.

The fourth single, 'Gravity,' was released in the United Kingdom on March 8, 2010. Lott was named Best UK & Ireland Act and Best Push Artist at the MTV Europe Music Awards 2009 event (best break through artist). Lott was nominated for three BRIT Awards in 2010: British Breakthrough Act, British Female Solo Artist, and British Single. Lott also opened Rihanna's Last Girl on Earth Tour in the United Kingdom from May 7 to May 26, 2010. Lott co-designed a fashion line for Lipsy in April 2010.

Pixie Festival and Pixie Party were the first two collections in the Pixie Collection. Lott's second collection for Lipsy debuted in September 2010 and included a new Pixie Rocks line as well as an upgraded Pixie Party collection. Lott served as a guest judge for the seventh season of The X Factor auditions in Cardiff in July 2010, filling in for Dannii Minogue, who was on maternity leave. Lott also appeared on the main stage at the V Festival in August of 2010. The title song 'Turn It Up,' Lott's fifth single from the album, was released on June 7, 2010.

Lott recorded 'Live For The Moment' for the film Street Dance 3D.On August 24, 2010, Lott released her first song in the United States, 'Boys & Girls.' The release was timed to coincide with the television broadcast of her directorial debut, Fred: The Movie. Lott was named one of Billboard magazine's 'Faces to Watch' in January 2010. Lott co-starred with Lucas Cruikshank in the film Fred: The Movie as Judy, Fred Figglehorn's infatuation.

On September 18, 2010, the comedy was shown on America's Nickelodeon channel. Turn It Up was supposed to be published in the United States in 2011, but it never happened. It was, however, reissued in the United Kingdom. Lott's first album's song 'The Way The World Works' was featured in the US-produced medical drama Private Practice. Lott recorded duets with Jason Derulo and Joe Jonas for the new repackaged edition of Turn It Up, but the latter did not make the final track listing for the album. Her single 'Broken Arrow' was included in this version.

Lott's second album, Young Foolish Happy, was released on November 14, 2011, and includes Stevie Wonder and John Legend. Young Foolish Happy sold 18,503 units in its first week on the UK Albums Chart. The next week, it dropped 24 spots to 42. The British Phonographic Industry (BPI) awarded it gold status on February 10, 2012, signifying 100,000+ UK shipments. The album also charted at 33 in Ireland. 'All About Tonight' was released on September 2, 2011. Lott premiered the song on The Chris Moyles Show on BBC Radio 1. It sold 88,893 copies in its first week, earning Lott her third UK number one.

She reached number nine on the Irish Singles Chart with her second top 10 hit. It was released on November 4, 2011, while the music video was launched on October 6, 2011. It sold 34,335 copies in its first week on the UK Singles Chart.Lott sang 'Kiss the Stars' and 'Use Somebody' during the 2012 Summer Olympics. Lott also performed at V Event, 'Access All Eirias' in North Wales, Dancing on Ice in 2012, and the MTV 'Titanic Sounds' event in Belfast.

Lott said in June 2012 that she has begun production on her third album, using Motown as inspiration: 'I'm travelling to New York to work with the people who produced the original Motown recordings in the '60s to create a new album shortly.' Lott tweeted in June 2013 that she was in Miami with Jack Splash recording the first song from her third album. Splash announced the single's completion in September. Lott tweeted on July 17, 2013, that she was heading to a photo session for her new song and third studio album.

Lott trended on Twitter on November 1, 2013, after stating that her new music will be 'coming soon' and uploading a YouTube version of Avicii's 'Wake Me Up.' One of the song's authors, Michael Einziger, subsequently praised Lott's rendition on Twitter. Lott's version of Lorde's 'Royals' was posted on November 8. Because Lorde had previously covered Lott's number one song, 'Mama Do,' 'Royals' was selected. Lorde described Lott's voice as 'baby angels and peanut butter chocolate' after seeing the cover.

During a Google Hangout with Dan Wootton of The Sun on December 2, 2013, Lott revealed that the first single from her third album, 'Nasty,' will be released in January 2014. She also unveiled the album's artwork, named Pixie Lott. Lott was recently seen shooting the accompanying music video for 'Nasty,' which was initially recorded as a duet by Christina Aguilera and Cee Lo Green for the 2010 film Burlesque but was never released.

On March 7, 2014, 'Nasty' (produced by Jack Splash) was released and debuted at number nine on the UK Singles Chart, selling 30,812 copies in its first week. It was Lott's sixth Top 10 single and tenth Top 20 hit in a row. Lott performed on Innuendo Bingo on BBC Radio 1 on June 19, 2014. Her third studio album, self-titled, was released on August 1, 2014, and was preceded by its second single, 'Lay Me Down,' which was released on July 27, 2014. 'Heart Cry,' a promotional song, was also released. Pixie Lott charted at number 15 in the United Kingdom.

Lott was announced as one of fifteen competitors for the twelfth season of Strictly Come Dancing in August 2014. She will be paired with Australian professional dancer Trent Whiddon, according to the announcement made at the premiere event. Despite topping the leaderboard four times and having the highest average of the season, Lott and Whiddon were eliminated in the quarter-finals of Week 11 after losing the dance-off against Blue singer Simon Webbe and his partner, Kristina Rihanoff.

On November 24, 2014, Lott announced the release of Platinum Pixie: Hits, her first greatest hits album. The song 'Caravan of Love,' a version of Isley, Jasper, and Isley's 1985 smash, preceded the album. With the exception of 'What Do You Take Me For?' and 'Lay Me Down,' the collection contains all of her hits. Lott then appeared in the UK Tour of 'Puttin' On The Ritz' for performances in Wimbledon and Newcastle. Trent Whiddon, her dancing partner at the time, joined her on stage in 2015.

Lott played Holly Golightly in a limited 12-week season of Breakfast at Tiffany's at the Theatre Royal Haymarket in London's West End from 30 June to 17 September 2016. Lott was confirmed as a coach on The Voice Kids UK with will.i.am and Danny Jones on November 15, 2016. The programme premiered on ITV in June 2017. Lott teamed with British DJ Anton Powers on their song 'Baby' on March 31, 2017. On September 29, 2017, Lott released her new song 'Won't Forget You,' which featured Stylo G. 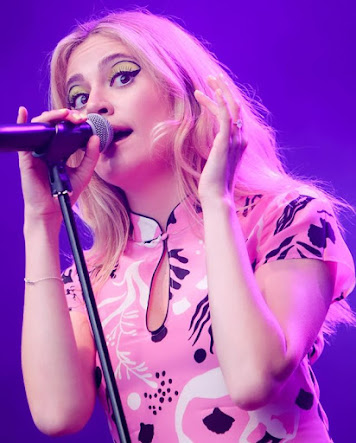