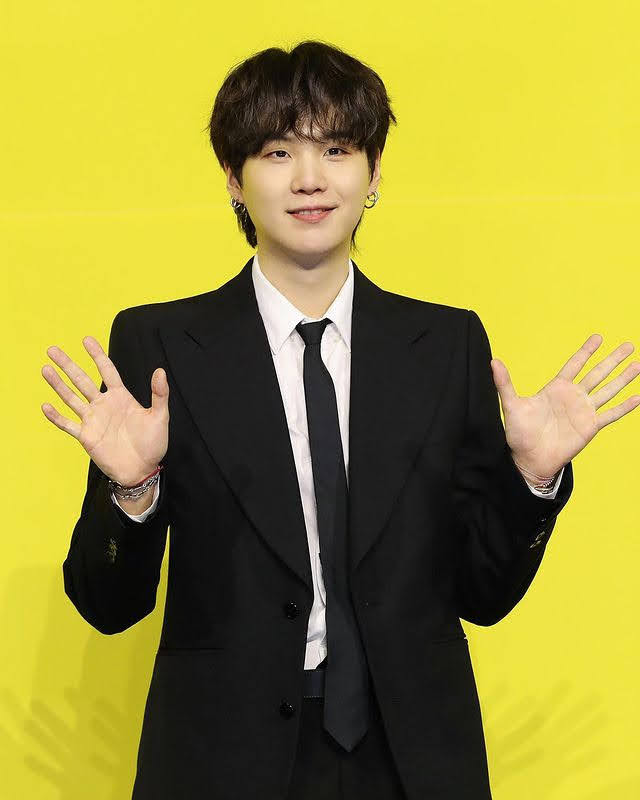 Min Yoon-gi, best known by his stage names Suga and Agust D, was born on March 9, 1993 in Daegu, South Korea.

Suga is a rapper, songwriter, and record producer from South Korea. He made his debut as a member of the South Korean pop idol group BTS in 2013, under the management of Big Hit Music. Agust D, his debut solo mixtape, was released in 2016.

He re-released the mixtape in 2018 for digital purchase and streaming. Billboard's World Albums Chart ranked the reissue third. D-2, his second solo mixtape, was released in 2020. The mixtape charted at number 11 on the US Billboard 200, number 7 on the UK Albums Chart, and number 2 on Australia's ARIA Album Chart.

He grew fascinated in rap after hearing Stony Skunk's "Ragga Muffin," which he described as "unlike anything he had ever heard before." He wanted to become a rapper after hearing Epik High.

By the age of 13, he was writing music lyrics and learning about MIDI. By the age of 17, he had a part-time job at a recording studio. He began writing and arranging music, rapping, and performing shortly after.

He purchased a US$3 million luxury apartment in South Korea in 2018, and he currently resides in Hannam-dong, Seoul, South Korea.In March 2019, he enrolled at Hanyang Cyber University for the Master of Business Administration programme in Advertising and Media, alongside bandmates RM and J-Hope.

Suga was diagnosed with appendicitis in December 2013 and underwent surgery on December 9th at Severance Hospital in Sinchon. He was released on the 17th, but was readmitted to the hospital on the 26th due to inflammation at the surgery site. As a result, he was unable to attend any of the year's end music events.

Suga underwent surgery in November 2020 to repair a torn labrum (reverse Bankart tear) in his left shoulder, and he declared that he will be taking a sabbatical from future promotional efforts to thoroughly heal.

Suga's stage name is formed from the first two syllables of the term shooting guard, a position he held as a student in basketball. 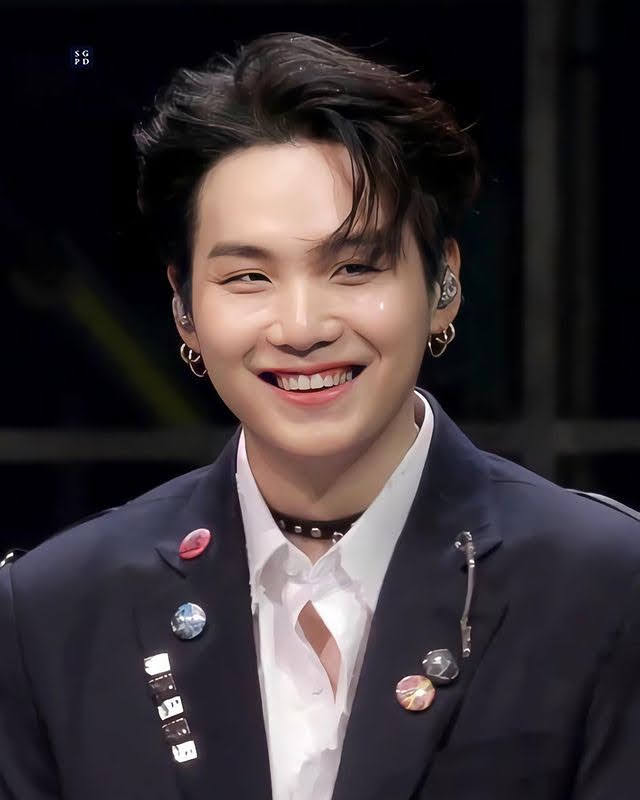 Initially entering the firm as a song producer, Suga trained for three years at Big Hit Entertainment alongside members J-Hope and RM. On Mnet's M Countdown, he made his debut as a member of BTS with the song "No More Dream," off their debut single album 2 Cool 4 Skool.

The lyrics of the rap song highlighted the anxieties of attaining maturity towards the end of one's adolescent years. It was released on April 17, 2015, with an animated music video.

The song was released on November 15, 2015, and serves as the opening track for BTS' 2016 compilation album The Most Beautiful Moment in Life: Young Forever. Suga did not perform another introductory track for BTS until 2020, when he released "Interlude: Shadow" as part of the Map of the Soul: 7 album release.

The interlude is a rap song that parodies "Intro: O!RUL8,2?" from the 2013 EP of the same name and analyses BTS' stardom, comparing it to the celebrity O!RUL8,2? wished for. The song was released on January 10, coupled with a music video that similarly alluded to the difficulties of celebrity.

In addition to singing BTS intros, Suga recorded two solo tracks under the group's moniker. The first, "First Love," from BTS' 2016 studio album Wings, is an autobiographical rap single that sounds like a monologue.

Suga released the song "Trivia: Seesaw" on the 2018 compilation album Love Yourself: Answer, which highlighted the up-and-down nature of falling in love. 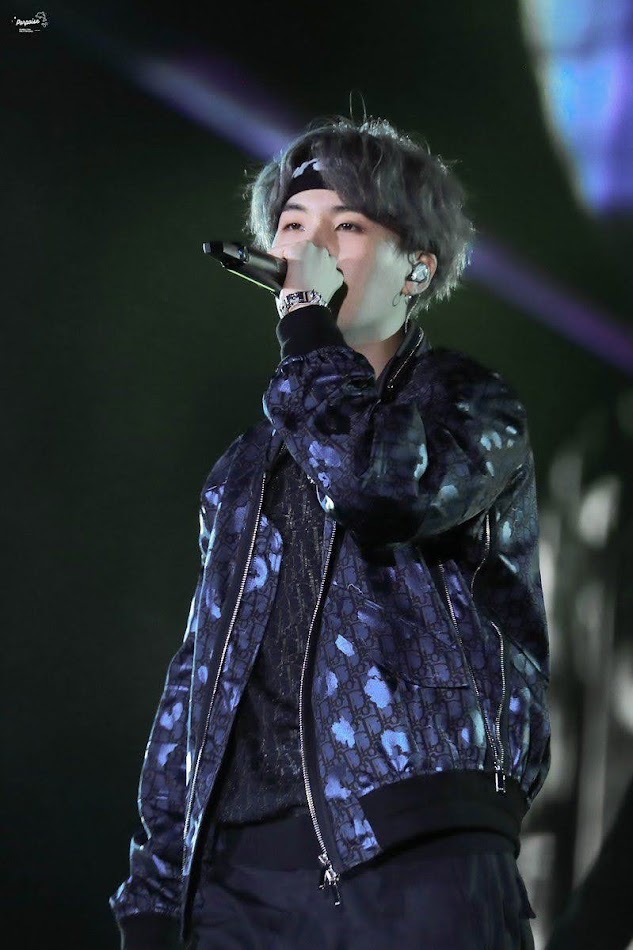 On August 15, 2016, Suga released a free self-titled mixtape via SoundCloud. He chose not to release the project as a commercial studio album, characterising it as a "feeling of being stuck in some sort of framework.

On the record, he spoke about his difficulties with depression and social phobia. The next year, in 2017, Suga wrote "Wine" for singer Suran, with whom he had previously collaborated on a hit on his mixtape the track.

In February 2018, Suga re-released his mixtape for digital purchase and streaming. The reissue peaked at number three on Billboard's World Albums chart, number five on the Heatseekers Albums chart, and number seventy-four on the Top Album Sales chart. It also propelled Suga's solo alias, Agust D, to #46 on the Emerging Artists chart for the week ending March 3.

Suga had a rap appearance on Lee So-track ra's "Song Request" in January 2019. Suga and Tablo of Epik High co-wrote the song, which they also produced.

With 3,000 downloads over the song's two-day charting period, the single debuted at number three on South Korea's Gaon Digital List and number two on Billboard's World Digital Songs chart. In December, American singer-songwriter Halsey released the song "Suga's Interlude" off her third studio album Manic, which featured and was produced by Suga.

On May 6, 2020, IU released the digital song "Eight," which featured and was produced by Suga. The mixtape opened at number 11 on the Billboard 200, becoming the highest-charting album by a Korean artist in the United States.

It is also the first Korean solo effort to reach the top ten in the United Kingdom, debuting at number seven on the UK albums chart.

Suga made a promise to his followers in 2014 that if he became successful as a musician, he would buy them meat. On his 25th birthday four years later, he gave beef to 39 orphanages in the name of BTS' fanbase, the ARMY.

Suga gave $100 million to the Hope Bridge National Disaster Relief Association on February 27, 2020, to aid in preventative and relief efforts in his hometown of Daegu, which was one of the cities hardest impacted by the coronavirus outbreak in South Korea at the time.