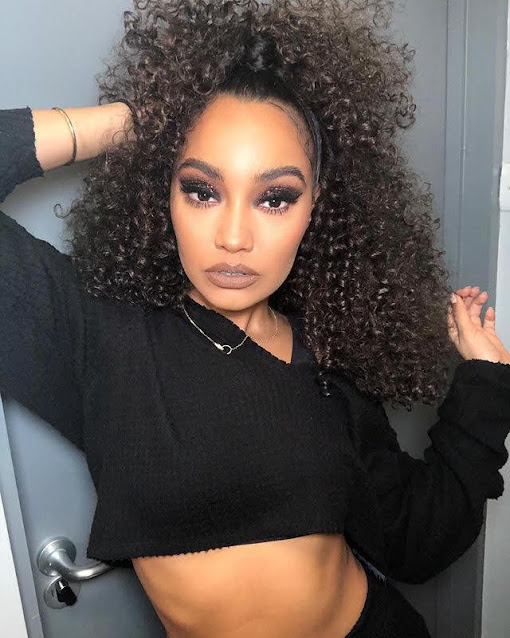 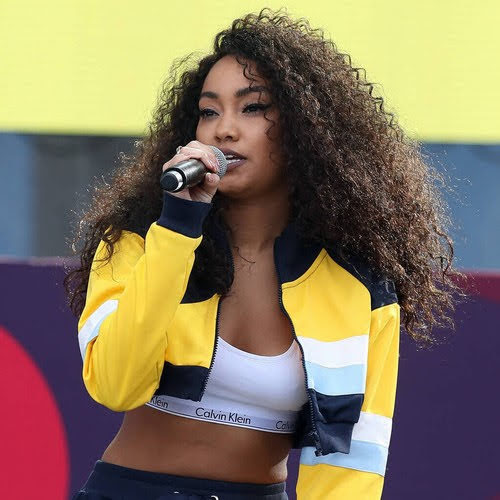 Leigh-Anne Pinnock is a member of the British girl group Little Mix and an English singer, songwriter, and actor. Originally auditioned as a solo artist for the eight season of The X Factor (British TV series), she was ousted during bootcamp and re-joined Little Mix. Pinnock has recorded six albums with the group, had five number-one hits on the UK Singles Chart, and is one of the best-selling female groups.

Leigh-Anne Pinnock was born on October 4, 1991, in High Wycombe, Buckinghamshire. Pinnock is of Barbadian and Jamaican heritage, and both of her parents are mixed race. She is the daughter of Deborah Thornhill, a Harlington Community School teacher, and John L. Pinnock, a mechanic; her parents divorced in 2009. She is the youngest of three children, and she looked up to her two older sisters, Sian-Louise Pinnock and Sairah Pinnock, when she was younger.

In addition to her sisters, she spent time in Jamaica with her grandpa. Pinnock went to Sir William Ramsay School, where she was the top girl. When she was eleven, she joined in the Sylvia Young Theatre School for a few of years. She used to work as a waiter at Pizza Hut before joining Little Mix. Pinnock's first encounter with organised singing occurred when she was fourteen years old and attended a youth club and choir led by Jay Blades, who subsequently became a trustee of her charity The Black Fund, which she established in 2021.

Pinnock had an on-again, off-again relationship with footballer Jordan Kiffin, whom she met at a release party for Little Mix's song 'Wings' in 2013. It was revealed in 2016 that she had started dating professional footballer Andre Gray; the couple got engaged on their four-year anniversary on May 28, 2020. Pinnock revealed her pregnancy in May 2021. She gave birth to twins on August 16, 2021.

In her documentary, Leigh-Anne: Race, Pop, and Power, she and her fiancé Andre Gray stated their intention to use their platforms to assist the black community. Pinnock, together with her fiancé and sister Sairah, established The Black Fund on May 14, 2021. The organisation was established to help existing charities and organisations that provide assistance to the black community, including financial assistance. In 2019, Pinnock and Thirlwall ascended Mount Kilimanjaro with other British celebrities to raise money for Comic Relief's Red Nose Day.

In an interview with Glamour magazine in March 2019, Pinnock discussed coping with racism and Twitter comments while feeling 'invisible' for the first three years as Little Mix's sole black female. No matter how much money you have or what you have accomplished, there comes a time in every black person's life when they realise racism does not exempt them. I experienced the greatest awakening of my life nine years ago, after joining Little Mix. We collaborated with [choreographer] Frank Gatson while shooting 'Wings.' 'You're the black girl, you have to work 10 times more,' he told me.

Never in my life had I been informed that because of my race, I would have to work more. What Frank Gatson stated afterwards made sense. I discovered that the ambition of being in the world's greatest female band was not without faults and repercussions. My truth was that I felt lonely when travelling through mainly white nations. I sung to those who couldn't see, hear, or cheer me on. My truth is that I get nervous before fan gatherings and autographs because I always feel like I'm the underdog.

My reality is that I continually feel as if I need to work ten times harder and for ten times as long to establish my position in the group, since my ability alone isn't enough. My truth is that I felt invisible in my group at times. Part of me knows that if I had been dark-skinned, my experience would have been much more difficult to bear. Racism persists in our world, no matter how far you believe you've gone. 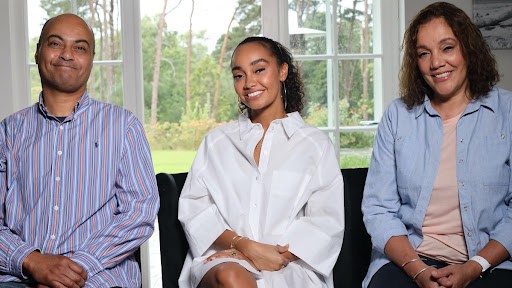 Pinnock's first audition on The X Factor was for Rihanna's 'Only Girl (In the World).' After failing the initial bootcamp task to advance to the Girls category (solo females aged 16-24), Pinnock was put in a three-person group called 'Orion' with Jade Thirlwall. Perrie Edwards and Jesy Nelson were members of another band named 'Faux Pas.' However, both groups were eliminated. The four were then summoned back by the judges to create the four-piece group Rhythmix, and they advanced to the judges' homes.

Pinnock and Thirlwall signed as published composers to Sony/ATV through joint venture TwentySeven in April 2019. Later same month, Pinnock launched her own swimsuit line, In'A'Seashell, alongside Gabrielle Urquhart. In March 2019, she was also named the new face of the sportswear company Umbro. Pinnock stated in April 2020 that he will co-produce a documentary with the BBC on his experiences with racism and colorism in the United Kingdom.

Pinnock will produce a style edit collection with ASOS, a British online fashion store, in November 2020. It was then revealed that she will be making her professional acting debut in the forthcoming Christmas flick Boxing Day later that month. Pinnock and band member Jade Thirlwall received the Equality Award at the Ethnicity Awards in December 2020; they were honoured for their efforts toward racial equality in the UK.

Pinnock revealed in March 2021 that she has signed with Taps Music to concentrate on her solo career; Pinnock expressed her intention to pursue her solo projects alongside her Little Mix obligations. Pinnock's documentary 'Leigh-Anne: Race, Pop, and Power' was broadcast on BBC iPlayer and BBC One in May 2021, discussing racial problems and colorism in the music business, as well as her own experiences. The documentary was nominated for a National Television Award in the category of Best Authored Documentary.

Pinnock was named the new ambassador for Maybelline New York, an American beauty company, in June 2021, and will start the 'Brave Together' campaign in October. On September 20, 2021, writer Charlie Brinkhurst-Cuff and Timi Sotire publish 'Black Joy,' a book that contains a personal essay by Leigh-Anne titled 'The Power Within: Finding Purpose in Raising My Voice.' 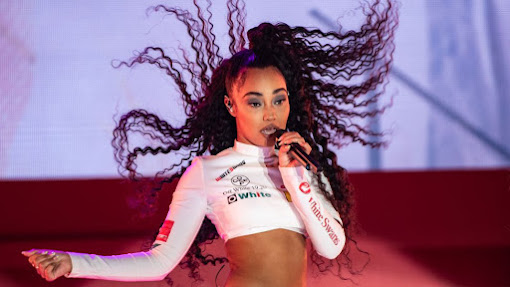