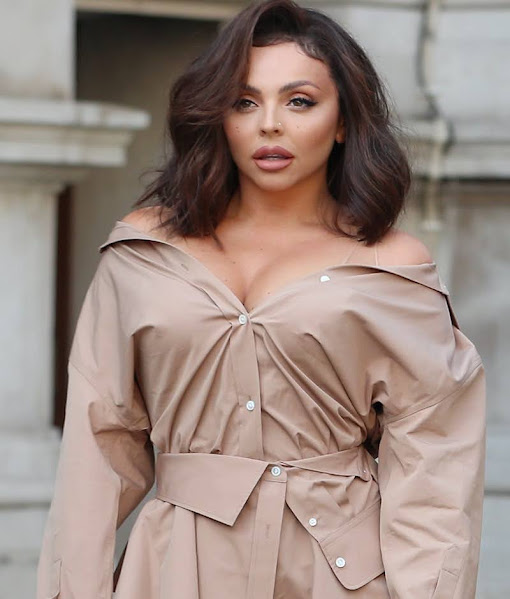 Jessica Louise Nelson is a British vocalist who came to fame as a member of the girl group Little Mix. They were the first female group to win The X Factor and went on to be one of the best-selling girl groups of all time.

Nelson first appeared as a solo artist on the eighth season of The X Factor in 2011. After being eliminated as a solo artist, she was subsequently invited back to create the female group Little Mix with three other competitors. Nelson was a member of the group for six studio albums and five UK number-one singles. Nelson left the group in December 2020 and joined with Polydor Records as a solo artist in 2021.

Nelson hosted Jesy Nelson: Odd One Out, a BBC Three documentary based on her struggles with body image and internet abuse, in 2019. She also discussed the effect cyber bullies had on her life and mental health after rising to prominence with musical band Little Mix in her documentary.

The documentary smashed numerous milestones, including being BBC Three's top factual title since the channel went online, becoming the most requested show on BBC iPlayer in its first week with 1.87 million requests in seven days, and being seen by 3.3 million people on BBC One. At the 25th National Television Awards, the documentary also received the Factual Entertainment Award.

On June 14, 1991, Jessica Louise Nelson was born. She was reared in Romford, East London, by her parents, businessmen John Nelson and Police Community Support Officer Janis Nelson. Her parents divorced when she was five years old. She is the second youngest of four siblings, with an elder sister named Jade, an older brother named Jonathan, and a younger brother named Joseph. Nelson went at Jo Richardson Community School in Hornchurch, London, as well as Abbs Cross Academy and Arts College.

She was also a student at the Sylvia Young and Yvonne Rhodes Theatre Schools. Rita Ora was one of her classmates at school. Nelson worked as a barmaid in Dagenham before competing for The X Factor. Nelson revealed in 2020 that as a kid, she appeared as an extra in About a Boy (2002) and Harry Potter and the Goblet of Fire (2005).

Nelson has said that being harassed at school may have led to her developing stress-induced baldness as a youngster. Nelson discussed her struggles with body image in her BBC documentary Odd One Out. She said she would starve herself before TV appearances or video shoots, then binge eat afterwards. She claimed that harassment from internet trolls on Twitter led her to attempt suicide in 2013, saying, 'I physically couldn't take the agony any longer.'

Nelson was in a relationship with Diversity member Jordan Banjo for ten months, which ended in 2013. Nelson started dating Rixton's main singer, Jake Roche, in 2014. The pair got engaged on July 19, 2015, but split up in November 2016. In 2017, she had a short romance with Chris Clark, which was followed by a 16-month relationship with musician Harry James, which ended in November 2018. Nelson started dating Love Island participant Chris Hughes in January 2019.

'I can honestly say I've never been more in love and happy in my life,' she remarked on their one-year anniversary in January 2020. Nelson and Hughes split up in April 2020 owing to personal issues. Four months later, she revealed that she was dating actor Sean Sagar. Nelson has 15 tattoos, including one that reads, 'Music is the strongest kind of magic.' Her net worth is projected to be £5.8 million in 2020. Nelson will take a long hiatus from Little Mix because to 'private medical issues,' according to the pop group's publicist in November 2020.

Nelson announced her resignation from Little Mix on December 14, 2020, citing mental health issues. Nelson talked about her experience on The X Factor in an interview in August 2021, criticising the programme for the lack of support she got after being exposed to internet abuse. During the conversation, she discussed the eating problem she had acquired as a result of her time with Little Mix, as well as the panic episodes she would have. 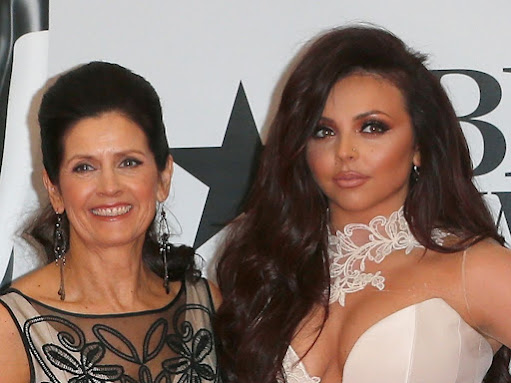 Her first audition was for 'Bust Your Windows' by Jazmine Sullivan, and she successfully auditioned as a soloist for the eighth series of The X Factor UK in front of judges Louis Walsh, Gary Barlow, Tulisa Contostavlos, and Kelly Rowland, but she failed the first challenge of the 'bootcamp' section to advance to the Girls category (solo females aged 16-24). Nelson and Perrie Edwards were assigned to the 'Faux Pas' group, while Jade Thirlwall and Leigh-Anne Pinnock were assigned to the 'Orion' group. However, neither party made much progress.

Both groups failed to advance to the next round. The judges subsequently recalled two members from each group to create the four-piece group Rhythmix, sending them to the 'judges' homes' segment. They finally made it to the live performances, where they were coached by Tulisa Contostavlos. The band's new name, Little Mix, was revealed on October 28, 2011. Little Mix were named the show's champions on December 11, 2011, making them the first band to do it. Little Mix got a record contract with Syco Music, which is controlled by Simon Cowell, after winning the competition.

Nelson has experienced cyberbullying since joining Little Mix and struggled to cope throughout her stint on The X Factor. Nelson released six albums with the band, including DNA (2012), Salute (2013), Get Weird (2015), Glory Days (2016), LM5 (2018), and Confetti (2018). (2020) The most recent of which was issued a month before she quit the band. She announced her resignation from the group in December 2020 owing to ongoing mental health problems. 'I find the continuous pressure of being in a female group and living up to expectations extremely difficult,' she added.

She revealed in May 2021 that she had secured a record contract with Polydor Records and that she would be releasing solo songs later that year. Nelson deleted her Instagram account in early August in preparation of her solo debut, which is generally assumed to be a song named 'Boys.' 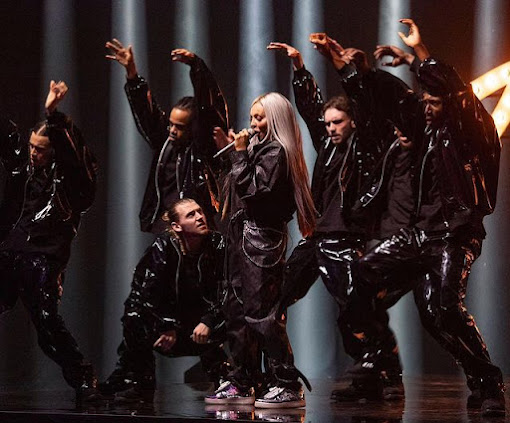 Bullying on the internet and body image

Nelson stepped away from Little Mix's promotional schedule before the release of their sixth studio album, Confetti, citing a private medical issue. Nelson announced her departure from the group on December 14th, citing the effect on her mental health. 'I find the continuous pressure of being in a female group and living up to expectations extremely difficult,' she stated in a statement.

Nelson told The Guardian in August 2021 that she had been harassed on social media over her physical appearance since her debut performance on The X Factor with Little Mix: ''Is it just me, or does that girl seem disabled?' was the first thing I read about myself. The next person commented on how much she resembled a rat. 'God, her face looks distorted,' said the next '.. Despite the group's acceptance for Nelson's flaws, she suggested that The X Factor link a therapist or psychologist with the musical trail with the coaches.

Nelson stated: 'I didn't want to be photographed because I was self-conscious about my appearance. [...] The more I learned about myself, the more I experimented with severe diets. When I went to see a therapist, she told me, 'You realise it's an eating problem, right?' 'Jesy, you're so small, you've got body dysmorphia,' my boss remarked.' Nelson said that she was often dressed differently from the other three members in the videos for the various singles releases since her body type did not lend itself to the costumes.

Nelson had gained weight and did not feel fit for shooting after the COVID-19 epidemic and the decision to make the video for 'Sweet Melody,' so he went on a rigorous diet without obtaining results. Nelson stated: 'After seeing the tape, I went into a deep depression and ended myself back in the hospital. That's when my mother said, 'No more.'

The girls then approached Mum and said, 'We believe Jesy should go out of here immediately.' She is responsible for her own well-being.' What made things worse, she said, was that there were individuals who made it obvious they were relieved to see her go. 'Certain members of my team were unconcerned. I'm not talking about the ladies [...] I had the impression that there were certain individuals on my squad who didn't want me to be there.'

In 2019, BBC Three aired Jesy Nelson: Odd One Out, a documentary about Nelson's struggles with body image and the impact of online bullying on her life and mental health.

Nelson shared a photo of herself with dreadlocks on Instagram in June 2018. The picture was subsequently removed, but she was chastised for cultural appropriation. Nelson was accused of 'blackfishing' in May 2021. Her name trended on Twitter when some people discovered she is white, after previously thinking Nelson was a woman of colour based on her social media look.

Nelson was the subject of a BuzzFeed piece that detailed how she had altered her physical look after joining Little Mix. The report claimed that Nelson's shifting characteristics, such as skin tone and lip size, had caused her to become 'racially ambiguous,' pointing out that her skin tone has often looked darker than that of previous bandmates Pinnock and Thirlwall, both of whom are women of colour. 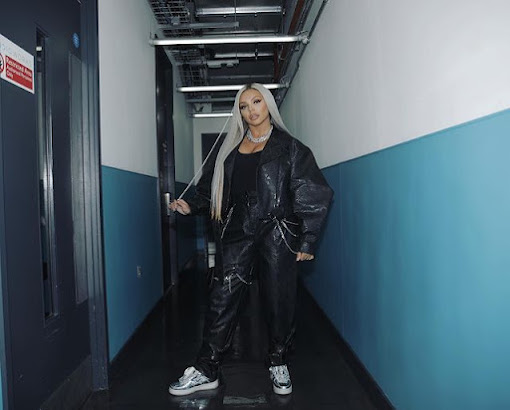