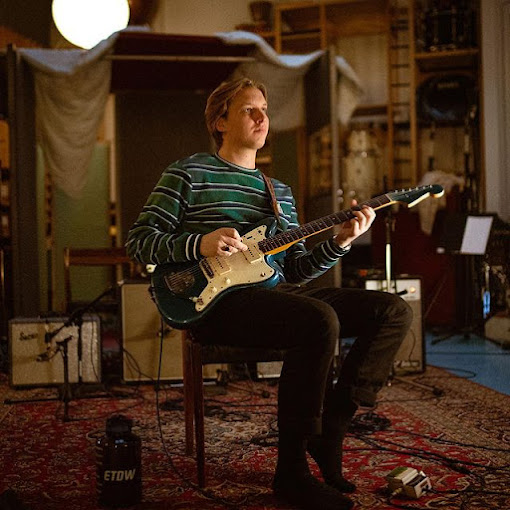 George Ezra Barnett is an English singer, composer, guitarist, and vocalist. After releasing two EPs, Did You Hear the Rain? in November 2013 and Cassy O' in March 2014, Ezra came to popularity with the release of his smash song, 'Budapest,' which reached number one in many countries. Wanted on Voyage, his first studio album, was released in June 2014 and debuted at number one in the United Kingdom and in the top 10 in seven other countries. It was also the third best-selling album in the United Kingdom in 2014.

Staying at Tamara's, Ezra's second studio album, was released in March 2018 and debuted at number one in the United Kingdom and in the top 10 in eight other countries. The album's second song, 'Paradise,' peaked at number two in the UK, while the following single, 'Shotgun,' peaked at number one, marking Ezra's first chart-topping hit in the UK, Ireland, and Australia. In February 2019, he received the Brit Award for British Male Solo Artist.

George Ezra Barnett was born in Hertford, Hertfordshire, on June 7, 1993. His parents both worked as teachers, with his father, Paul, working at Barnwell School in Stevenage. Barnett attended Bengeo Primary School and subsequently Simon Balle School. He went to Hertford Regional College to study. In 2011, he relocated to Bristol to pursue songwriting at the British and Irish Modern Music Institute. Ezra has an older sister, Jessica, who joins him on tour, and a younger brother, Ethan, who also performs as a singer and composer under the stage name Ten Tonnes.

Ezra met and subsequently started dating Florrie Arnold shortly after the publication of his debut record. They broke up after three years, yet they are still on good terms. Ezra has claimed that he suffers from Pure O, a kind of obsessive compulsive disorder characterised by obsessions and anxiety as well as entirely mental, rather than physical, compulsions. 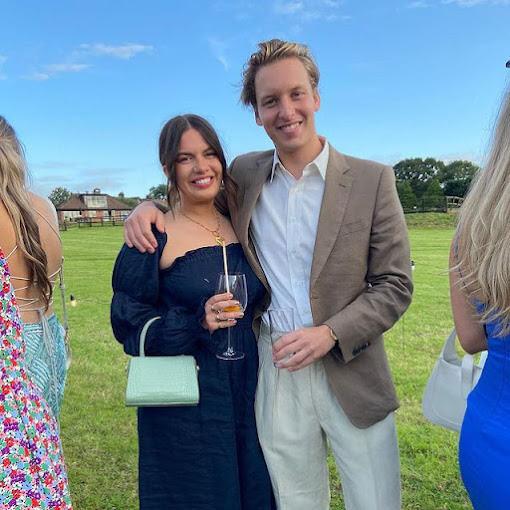 Ezra performed on the BBC Introducing Stage at Glastonbury Festival in June 2013. In October 2013, he released his first EP Did You Hear the Rain? In late 2013, he got frequent playing on BBC Radio 1, with tracks such as 'Did You Hear the Rain?' and 'Budapest' featuring prominently. He was included in MTV's 2014 Brand New, Vevo's 'DSCVR Ones to Watch 2014,' and iTunes' new artists 2014. Ezra was nominated for the BBC Sound of... 2014, where he came in fifth place. 'Budapest' peaked at number six in Italy and was certified platinum by the Italian Music Industry Federation.

He has opened for Lianne La Havas, Bastille, Sam Smith, and Tom Odell. Cassy O', his second EP, was released in March 2014. 'Budapest' was released in the United Kingdom on June 13th, followed by his first album, Wanted on Voyage, on June 30th. The album debuted at number three on the UK Albums Chart on July 6. Australia, Austria, Belgium, Denmark, Germany, Ireland, the Netherlands, and New Zealand have all charted the album. Wanted on Voyage debuted at number one in the United Kingdom on October 5, 14 weeks after its original release. In the United Kingdom, the album has sold 678,156 copies as of December 2014.

Ezra performed as a support act for Robert Plant at the Glastonbury Festival on August 10, 2014. Ezra released a video for 'Listen to the Man' in October 2014, which featured Ian McKellen. Ezra was nominated for four Brit Awards in 2015, including Best British Album, Best British Male Solo Artist, Best British Single, and British Breakthrough Artist. Ezra opened for Sam Smith on his In the Lonely Hour Tour throughout North America in early 2015.

Later, he joined Irish singer-songwriter Hozier on select dates of his sold-out 2015 North American tour. Prior to his ascent to popularity, Ezra coined the term 'petan' (pronounced 'pay-tan') to help him connect with his followers and encourage them to utilise it in daily situations. It's often used on Twitter and throughout his tour; he's even begun selling items with the phrase written on it.

On May 24, Ezra performed at Radio 1's Big Weekend in Norwich, Norfolk, with a performance that featured hits including 'Blame It on Me,' 'Budapest,' and 'Cassy O.' Ezra played at the Osheaga Festival in Montreal on July 31, 2015. On The Late Show with Stephen Colbert on November 11, 2015, he sang 'Blame It on Me.'

'Don't Matter Now' was released as the first single from the album Staying at Tamara's on June 16th. 'Paradise' was released as the second single on January 19, 2018, with an accompanying music video following a week later on January 24, 2018. 'Shotgun' was released as a digital download on May 18, 2018, and quickly became Ezra's first number-one single in the United Kingdom, Ireland, and Australia, earning him a platinum certification. Staying at Tamara's was published on March 23, 2018. Ezra was one of the major headliners of the Neighbourhood Weekender 2019, which took place in Warrington on May 25, 2019.

On the first day of the two-day event, he was the last performer on the main stage. He played songs from his albums, including singles 'Blame It On Me,' 'Budapest,' and 'Barcelona,' as well as his last song of the performance, 'Shotgun.' 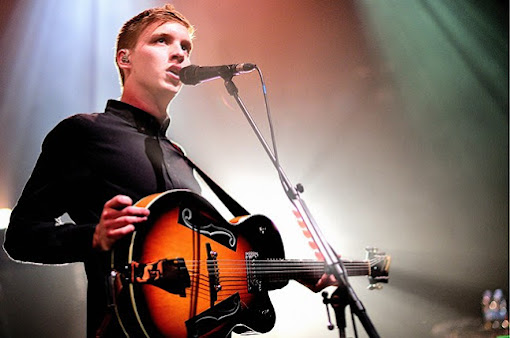 On February 12, 2018, Ezra published the first episode of his podcast George Ezra & Friends, a programme that usually lasts 45 minutes to an hour and a half and features interviews with different musicians. On February 12, 2018, the series debuted with a performance by Ed Sheeran. Listening to other podcasts featuring 'comedians talking with other comedians' inspired Ezra to create his own. Rag'n'Bone Man, Hannah Reid, Craig David, Ben Thatcher, Giles Martin, Declan McKenna, Jessie Ware, Justin Young, Sam Smith, Lily Allen, and Sir Elton John were among the subsequent guests. 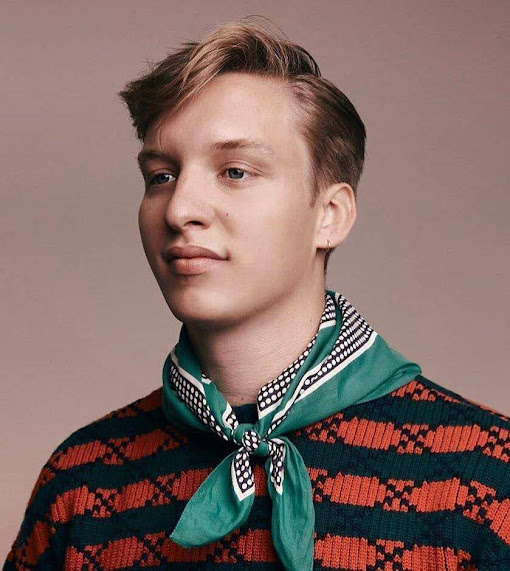 Ezra's major musical inspirations are Bob Dylan, Woody Guthrie, and James Baylin. However, some reviewers have found it difficult to detect these influences in Ezra's music. According to the Financial Times, the music 'resembles rock... but without any sense of danger or unpredictability.' The Gramophone Rings characterised him as having 'a voice beyond his years,' with 'a bluesy tone that would feel more at home coming from an Alabama bartender than a 21-year-old Bristolian.' Former BBC Radio 1 DJ Zane Lowe described him as 'one of the most engaging and powerful young singers around.'

Ezra's childhood infatuation with Dylan inspired him to seek out older American folk and blues musicians. 'I went to see how high I could leap from a cliff out of curiosity,' he said. 'I discovered Lead Belly, Woody Guthrie, and Howlin' Wolf at that time.' Ezra had heard a collection of Lead Belly's songs and had just attempted to sing like him. 'It stated on the back of the album that his voice was so loud that you had to turn your record player down,' Ezra said. 'I loved the concept of singing with a loud voice, so I tried it, and I was able to.' 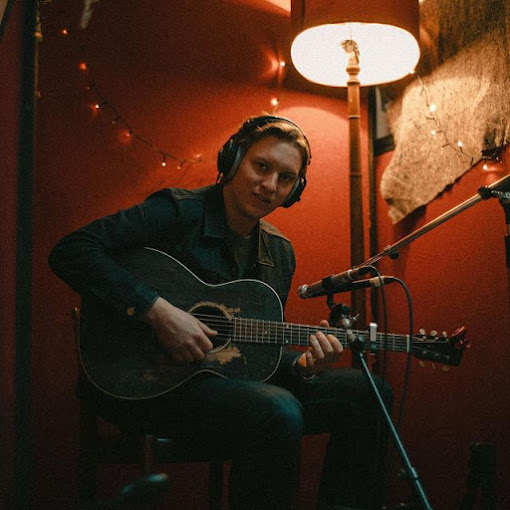